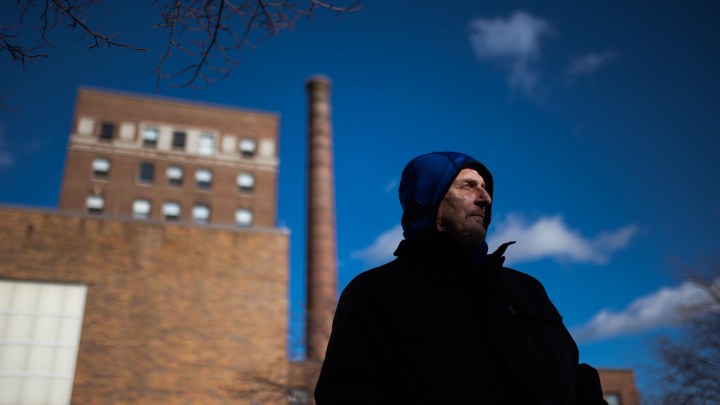 Dale Bonanno has been homeless on and off in Providence, Rhode Island, for about 20 years. So when he got an emergency housing voucher last fall, he saw a path forward.

“It’s security,” Bonanno said. “It’s having just the knowledge and security that I have a place to go to.”

Bonanno got one of nearly 70,000 new vouchers the Department of Housing and Urban Development distributed nationwide last summer. When Congress allocated $5 billion in funding to the new emergency housing voucher program last year, the idea was to get unhoused people into permanent housing — and to do so quickly. It was part of the federal government’s pandemic response.

Now, months into the program, the vast majority of the newly available vouchers remain unused as Bonanno and others struggle to use them in increasingly hot rental markets.

“It’s almost like having a winning Powerball ticket, and you can’t get to where you need to go to cash in your ticket,” said Karen Roy of Crossroads Rhode Island, one of the largest shelter systems in the state. “There’s no one to give it to.”

Still, Roy said the voucher program has helped some people.

“The fact that they’re issuing out these vouchers is the greatest news.”

But in Rhode Island, HUD says most of the vouchers still haven’t been used. In part, that’s because the voucher only covers a certain amount of rent and many apartments are too expensive. Still, Bonanno said he came up against more than just the cost.

“Everybody wants you to make, like, four or five times what the rent amount is and, like, a 700 credit score and no criminal history,” he said.

Bonanno has a criminal record and said he doesn’t have the credit score or monthly income many landlords ask for.

“I think landlords have become more cautious,” said Keith Fernandes, the founder of a landlord group called the Rhode Island Coalition of Housing Providers. He said landlords have adopted stricter requirements for tenants during the pandemic as a way to reduce risk.

In his search for housing, Bonanno said he sifted through at least 100 listings before he finally found a landlord willing to work with him. He moved into his apartment in early February and is looking forward to a fresh start.

“I just kind of feel like it’s given me an opportunity to start life over in a way,” he said.