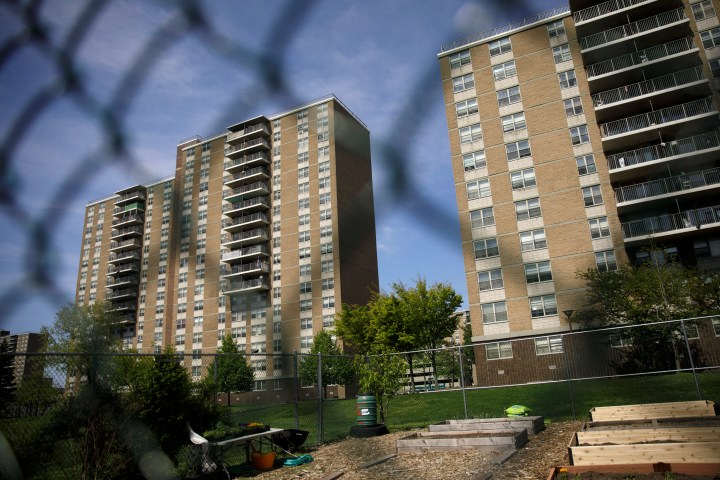 COPY
Majora Carter's new book, "Reclaiming Your Community: You Don’t Have to Move Out of Your Neighborhood to Live in a Better One," explores urban revitalization. Drew Angerer/Getty Images
Shelf Life

Majora Carter's new book, "Reclaiming Your Community: You Don’t Have to Move Out of Your Neighborhood to Live in a Better One," explores urban revitalization. Drew Angerer/Getty Images
Listen Now

Talent retention is a top concern for companies right now, in an era when people are quitting their jobs in droves. But it might also be an important development strategy for low-income neighborhoods, according to the new book “Reclaiming Your Community: You Don’t Have to Move Out of Your Neighborhood to Live in a Better One.”

“People feel that, if they’re going to grow up and be somebody, they need to measure success by how far they get away from our communities. I happen to have been one of those kids that was taught that. And I think we can honestly say that we don’t have to do this,” said author Majora Carter, an urban revitalization strategist, real estate developer and MacArthur “genius grant” recipient who lives and works in Hunts Point, the South Bronx neighborhood where she grew up.

In the book, Carter pursues a “better way” to do urban revitalization — to encourage homegrown economic development where residents can invest in their own communities. She also wrestles with criticism that development in low-income communities of color is often associated with the kind of gentrification that pushes people out of their homes.

“I’m not saying that talent retention is going to solve gentrification, but gentrification will not be fixed without talent retention because the underlying problem is the lack of wealth creation and retention in those same communities,” Carter said in an interview with Marketplace’s David Brancaccio. “Because when you think about it, gentrification generally involves outsiders coming in to change a community to suit [their] needs. Whereas reclaiming involves retaining the talent that is already there to improve our surroundings and our own economic future.”

Majora Carter: Definitely not. They also want to feel as though there’s something to look forward to in their community that just speaks to them. And it has things like cafes and restaurants and parks and bookstores where they can meet other people and express themselves and just feel good about where they are.

Brancaccio: You mention the cafe. Among your many projects over the decades — making urban parks, working on real estate projects — is your coffee shop; you opened a coffee shop, Boogie Down Grind, in the South Bronx. Some people love it, but others, at least initially, did not. And that leads us to a central tension that you chew on in your book: If you do something that could raise the status of a place, that could make it more economically diverse, but that could raise rents for people who live there.

Carter: Well, I’m not saying that talent retention is going to solve gentrification, but gentrification will not be fixed without talent retention because the underlying problem is the lack of wealth creation and retention in those same communities. Because when you think about it, gentrification generally involves outsiders coming in to change a community to suit [their] needs. Whereas reclaiming involves retaining the talent that is already there to improve our surroundings and our own economic future. And poverty is not a cultural attribute. And there’s so much money to be made by maintaining it, for example, in the form of concentrated, government-subsidized, affordable rental housing and community centers and health clinics and pharmacies — it’s almost as if folks believe that that’s all there can and should be in those communities. And if you really look at it, also billions of philanthropic and government dollars go into those neighborhoods, yet they remain economically stagnant, with the same kind of “economic developments” that we see there all the time.

Brancaccio: You really take this on. The book is critical of what you call the “nonprofit industrial complex.” What are these, organizations that are there to do good but you worry have the effect of keeping people down?

Carter: The way that I think about the nonprofit industrial complex, which is also supported by both philanthropy but also government — the government industrial complex as well — it’s that they assume that poverty is a cultural attribute, and that it’s almost something to be maintained. And there’s an assumption that equality is never really going to happen in those communities, and thus you sort of have to maintain the status quo of poverty because that’s all that’s ever really going to be there. And I challenge that because, again, with this talent retention community development strategy that we use, it’s an open acknowledgement that there’s always been talent in our community — the problem is that we don’t really think about retaining it. And the nonprofit industrial complex, that’s been supported by government for all these years, actually works to maintain that. So why are we essentially continuing to support the extraction of the talent in our own communities to benefit somebody else — especially in this era, when we know that we need more economic diversity in our own communities to create even just a push in the direction of wealth creation and wealth generation within our own communities?

Brancaccio: Yeah, we talk about extractive approaches to resources, but the idea that brain drain is an extractive process — that’s very interesting.

Carter: Yes, it is. You know, we help people feel that, if they’re going to grow up and be somebody, they need to measure success by how far they get away from our communities. I happen to have been one of those kids that was taught that. And I think we can honestly say that we don’t have to do this, we can reclaim our communities.

Brancaccio:  I see the power of using that term “reclaiming” as you just did. You used to, past tense, use a phrase — “self-gentrification” — but you acknowledge it’s kind of triggering; it’s going to start some extra trouble.

Carter: Yeah, just the word “gentrification” is just too hot for anybody, so we just don’t even use it. But self-gentrification, which is a term that — I did not make it up. I learned it from the head of a [historically Black college and university] down in Charlotte, North Carolina, called Johnson C. Smith University. His name is Dr. Ronald Carter. And the way that he used to describe it was that his university and the local community nearby was actually financed by some banking partners to do development locally, and so it was the people in that same community that were doing the development. But, of course, not everybody was involved in the neighborhood, and there were some who immediately got their hackles up and were like, “Oh, my goodness, we’re being gentrified out of here.” And he was like, “No, that’s not the case. Look who’s doing the development — it’s your neighbors and people in your own community. And so if anything, this is self-gentrification because you’re building from the inside to support the people that are already there.” And I was like, Oh, well, that’s interesting. Kind of provocative. I didn’t realize how provocative it was going to be. But it was fascinating. And so many people totally understood and immediately clicked. And they were like, “Yeah, we want nice things in our own community, too.” But yes, there were others who just couldn’t get past the word gentrification, not wanting to explore any further.

Brancaccio: There must have been a point in your life — I think you talk about it in the book here — that you were probably set on not living in the place where you’re from, right?

Carter: Oh, I started planning my escape from the South Bronx when I was about 7 years old. My brother, you know, had been killed by some of the gang violence in the community. And I was just like, “I’m out of here.” And I was encouraged to do so by teachers, by my family. And so yeah, I used education to get out. I went and got myself into the Bronx High School of Science and Wesleyan [University in Connecticut]. And I wasn’t trying to look back, except for my mother’s fried chicken, which was the best in the world. And I only came back home because I was broke and needed a cheap place to stay when I went to [New York University], and that was my parents’ house, in my old bedroom.

Brancaccio: You start to see, well, you could move or you could try to make it better.

Carter: Exactly. You know, what was interesting was that, when I realized that I could either stay and use my talents, my education, to support the community, I also realized that no one would have blamed me if I’d left. I mean, we’ve got a long history of brain drain in our communities, and I just would have been a part of that.