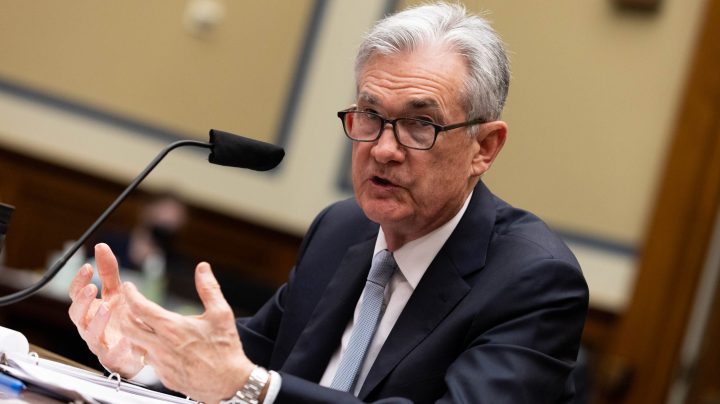 COPY
The Fed has signalled that it may raise interest rates March. Graeme Jennings-Pool/ Getty Images

The Federal Reserve plans to raise interest rates “soon.” Many investors and economists are expecting that will happen when the central bank leadership next meets in March.

When the Fed raises its interest rate target, borrowing throughout the U.S. feels the effects. In some cases, the Fed’s plan to hike rates alone has affected borrowing costs.

“Rates have started to move up with mortgages. On the 30-year fixed rate,” said Peter Alden, the CEO of Bay State Savings Bank in Massachusetts.

According to Alden, mortgage rates started rising before the end of 2021, and his bank had to react.

“We obviously survey our competitors and things like that, and rates did start to go up competitively. So we decided to move ours as well,” Alden said.

Loans with variable interest rates will get more expensive once the Fed actually makes a move. That’s according to Jim Vogel, the director of interest rate strategies at FHN Financial.

“Almost all home equity loans are on some sort of variable rate, and so they should increase right in step with Fed changes,” Vogel said. Interest rates on credit cards and auto loans will go up too, he said.

But those also depend on other factors, like a borrower’s creditworthiness. “They may not go up quite as quickly as the Fed moves monetary policy, but they will increase,” Vogel said.

It will also take longer for people start earning more from their savings accounts. That’s because banks are flush with deposits right now.

“Banks and money market funds will be almost happy to see some of the deposits run off, and so they will be slower than usual to raise the rates that they pay savers,” Vogel said.

The Fed is raising rates to tame inflation, but that won’t happen the moment rates go up.

According to Liz Ann Sonders, chief investment strategist at Charles Schwab (a current Marketplace underwriter), supply chain issues aren’t going away anytime soon. This summer will she expects there will still be a shortage of semiconductor chips and a bunch of cargo ships still anchored off of Los Angeles and Long Beach.

“Does the Fed raising the Fed funds rate by a quarter point start to solve either of those problems? Of course not,” Sonders said.

Still, current inflation is largely because supply isn’t meeting demand. “If demand slows, then you buy yourself some time for supply to catch up,” she said.

Higher interest rates could eventually do that.