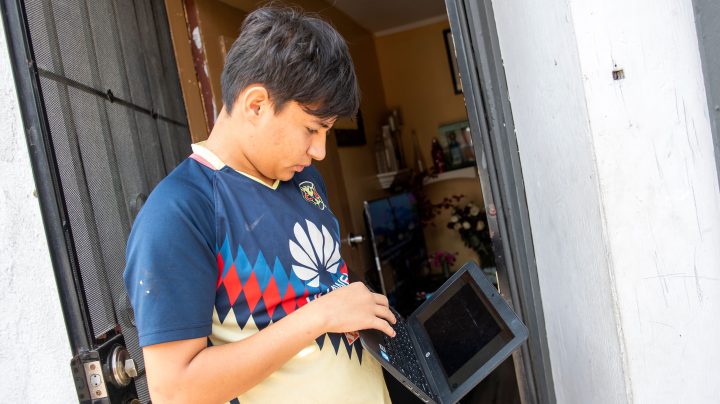 COPY
By one estimate, about 30 million American households are missing out on the FCC's monthly subsidy. Valerie Macon/Getty Images

By one estimate, about 30 million American households are missing out on the FCC's monthly subsidy. Valerie Macon/Getty Images
Listen Now

Over the last year or so, some seven million Americans have gotten a break on their internet bill. The Emergency Broadband Benefit offered a $50 monthly subsidy to most qualifying low-income households and $75 a month to those on tribal lands.

The Federal Communications Commission has expanded eligibility under its more permanent version of that benefit, the Affordable Connectivity Program.

But the program has a marketing problem.

About 30 million American households are missing out on the discount, according to Tyler Cooper with the research firm Broadband Now. “There’s such a large degree of households that are qualified but not taking advantage of the program,” Cooper said.

Cooper’s analysis found that in a handful of rural states including Alaska and the Dakotas, fewer than 5% of eligible households were enrolled. Part of the problem is that people without reliable internet access are hard to reach.

“We try to push more for newspaper advertising, television advertising, you know some churches, maybe some nonprofits that work directly with lower income folks, we could have them spread the word,” said Brian Whitacre, a professor specializing in rural economic development at Oklahoma State University.

Whitacre’s state of Oklahoma has performed better than most, with an uptake rate of close to 30%. He said that’s in part because the FCC has designated most of the state as tribal land.

“So most of our residents are going to get a $75 a month subsidy,” he said — as opposed to $50 under the emergency program, and just $30 under the longer-term Affordable Connectivity Program.

But that extra discount only boosts adoption rates in areas that have broadband infrastructure. According to E.J. John with the American Indian Policy Institute, that leaves out many rural reservations.

“There’s no internet available, so even if there’s an individual subsidy, you can’t take advantage of it,” John said.

That’s where investments from the recently passed federal infrastructure law come in, said John. It sets aside more than $2 billion for broadband expansion on tribal lands.