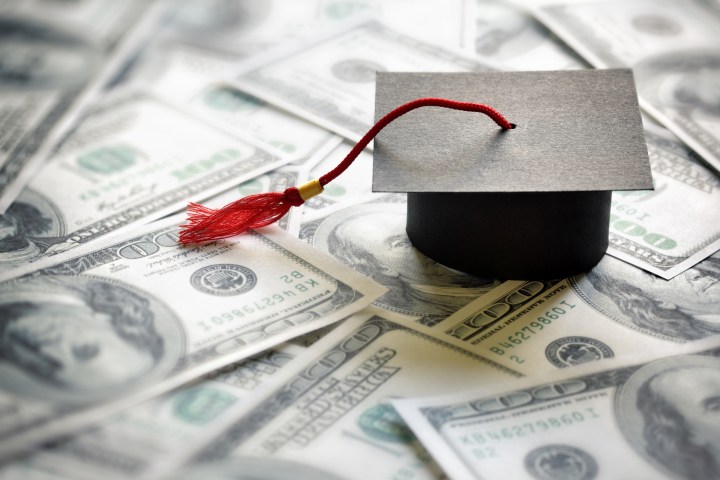 COPY
The money from the Biden administration could help students with things like child care or emergency expenses. Brian A. Jackson/Getty Images

The money from the Biden administration could help students with things like child care or emergency expenses. Brian A. Jackson/Getty Images
Listen Now

The federal government announced today it’s providing an additional $198 million for community colleges and other institutions from the American Rescue Plan, along with additional guidance for how schools can spend it. This is on top of more than $10 billion community colleges received from the stimulus last spring.

The money comes as community colleges face steep declines in enrollment. At the Community College of Baltimore County in Maryland, it’s down about 5% this year. That’s less than the national average of 13% from before the pandemic, but it’s still significant considering that tuition dollars account for more than 40% of the school’s revenue. Sandra Kurtinitis, the school’s president, said she doesn’t know what she would have done without federal funds.

“With every one of the stimulus grants, the initial amount of money was designed to be shared immediately with the students,” said Kurtinitis. “That would go directly to domestic needs: rent, shoes, food, whatever a student needed it for.”

At the school, the average student is 34 years old and receives financial aid, 60% are women, and many are also parents. Half also hold down jobs.

“That balance is hard, even in good times,” said Sara Goldrick-Rab, president of the Hope Center for College, Community, and Justice at Temple University. “Now, it’s just so much harder to even figure out how to marry all three components of that life. So they dropped out of community college.”

Michelle Asha Cooper, a leader in higher ed at the U.S. Department of Education, says community colleges can put the money from the American Rescue Plan towards things to help keep students enrolled, as well as support new ones.

They can also buy things to keep schools open and safe, such as COVID-19 tests, masks, or hire monitors to take people’s temperatures. That’s important, because lots of community colleges teach hands-on skills that are hard to learn online.

“You wouldn’t want somebody necessarily fixing your car who’s never laid their hands on an automobile,” said Goldrick-Rab at Temple.

This hands-on training can lead to jobs that pay well, such as plumbing, HVAC installation, and auto repair. There’s also demand for them.

“Many of the kinds of jobs that community colleges prepare students for are critical jobs to the functioning of the economy,” said Thomas Brock at Columbia Teachers College’s Community College Research Center. “Health care workers, for example. Community colleges play a critical role in providing the kinds of training people need to become nurses, nursing assistants, emergency medical workers, and the like.”

Brock said that as the government funds are distributed, he’d like to see research around how they’re spent and where they end up being the most effective.

“When we’re in these kinds of emergencies, is it better to give students direct aid, cash assistance that they can use to address their own needs?” said Brock. “Or is it better to provide in-kind support, more mental health counseling, for example, transportation vouchers, other things they can use to get to community college?”