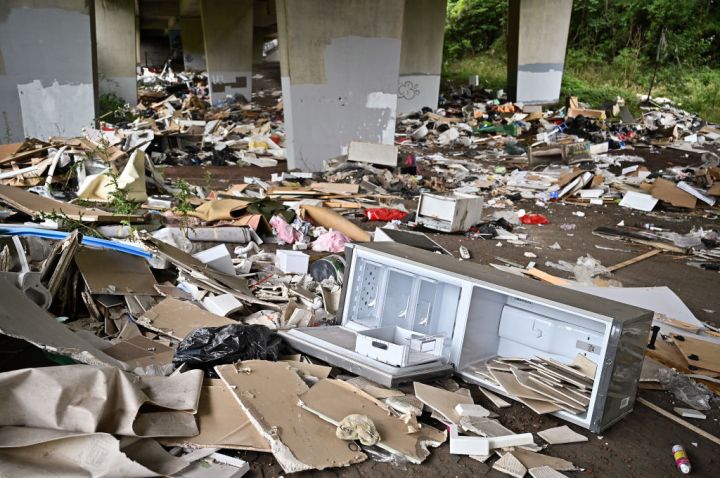 World leaders gather next week in Glasgow for COP26, a major climate change summit, billed by some as the last chance to save the planet. For Glasgow, Scotland’s most populous city, it’s an opportunity to bask in global attention and to project itself on the world stage as a modern vibrant center for business and culture.

But it could bring some embarrassment, too. The summit to clean up the planet is taking place in a city which seems to be struggling to keep itself clean.

“We have a pretty serious waste crisis,” said Thomas Kerr, head of the Conservative Party group on the Glasgow City Council. “The city is in a pretty dire state. If you come up to Glasgow, you’ll see it, absolutely. The streets are just a mess.”

Trash cans across the city are overflowing, he said, and illegal garbage dumping – called “fly-tipping” – is rife.

Painting the same picture, the Labour Party’s Malcolm Cunning, opposition leader in the council, said that uncollected food waste has triggered a big increase in the local rat population, causing distress to citizens “who see rats running around” and to council staff who has to deal with the vermin.

Collecting trash in the city, Cunning said, has become a hazardous occupation.

“Certainly there have been several incidents where our cleansing operatives have been bitten by rats and as a result have had to go to hospital for a check-up,” he said.

Cunning said that years of “under funding“ for local governments across Scotland had led to cuts in the provision of cleaning services. Earlier this year, Glasgow City council scrapped fortnightly trash collections in favor of one every three weeks.

The leader of the council, Susan Aitken, a member of the Scottish National Party, defended the state of the city. Speaking to a national parliamentary committee this week, she said the rat problem, for example, had been exaggerated.

“There was one health and safety incident,“ she said. “An employee was taken as a precaution to hospital for what was a very minor contact with a rat.” Glasgow, she insisted, is no dirtier and no more rat-infested than any other major U.K. metropolis.

“All cities have rats. All cities are struggling with this right now during the pandemic,” she said.

Nevertheless Glasgow’s trash collectors plan to strike during the first week of COP26, in protest over working conditions and pay.

Adding further to the city’s woes, said Cunning, bus drivers are planning to walk out too, “which will make getting around the city exceedingly difficult,” he said.

This may not matter to the rest of the world if there’s a breakthrough on curbing carbon emissions at COP26. But with the leaders of big polluting countries like China, Russia and Brazil all reportedly staying away from the summit , hopes on that score are not high.