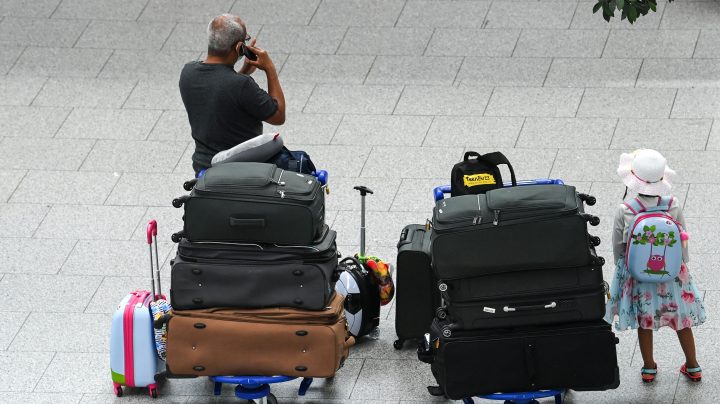 COPY
The United Kingdom's furlough program covers up to 80% of the salary of workers if companies kept them on payroll, rather than laying them off. Ina Fassbender/AFP via Getty Images
My Economy

The United Kingdom's furlough program covers up to 80% of the salary of workers if companies kept them on payroll, rather than laying them off. Ina Fassbender/AFP via Getty Images
Listen Now

As the United Kingdom’s furlough program nears its final days at the end of September, employers face tough decisions on whether to bring furloughed employees back to work.

The government program, introduced in March 2020, paid grants covering up to 80% of the salary of workers if companies kept them on payroll rather than laying them off. The payments protected millions of jobs during the height of the pandemic.

“My day-to-day job used to be a dream, actually, creating brilliant memories for people and their families,” said Claire Moore, managing director of Peakes Travel Elite in Shropshire, England. “Now, we seem to be more of a risk assessor and somebody helping people navigate the much more difficult world of travel.”

Moore said when the U.K. imposed lockdowns last March, her business took a big hit from the sudden loss of customers.

“I personally felt anxious and overwhelmed because we had zero income,” Moore said. “We were then straight away starting to refund profit that we’d previously earned on these missed departures.”

To mitigate the sudden loss of income, Moore furloughed 10 out of her 13 team members. While the furloughs have allowed her business to stay afloat, it hasn’t been an end-all solution. Unlike a restaurant or a bar, which would close its doors indefinitely, Moore said, she needed to keep some employees working to manage daily responsibilities, like refunds and trip re-bookings.

“There was a great analogy that I heard — you can open the pub, but you actually can’t sell any drinks. And, in fact, what you really need to do is go and refund all those people that bought a drink from you last year,” Moore said. “So I sadly did still have to make some redundancies, and in July last year I lost seven members of my team as I needed to secure the future of the business.”

As the furlough program comes to an end, Moore said she’s working with her team to figure out how they’ll return to work.

“The team has agreed for October, and we’re going to review it each month, to work 75% of their contracted hours, which is what they’ll be paid,” she said.

Although the future of the travel industry looks bleak, said Moore, things are starting to look up as leisure travel slowly returns. “Industry-wide, there will be many brilliant, quite honestly, and viable businesses that will undoubtedly fail,” she said. “So, it’s positive, but a little bit of trepidation, I guess.”