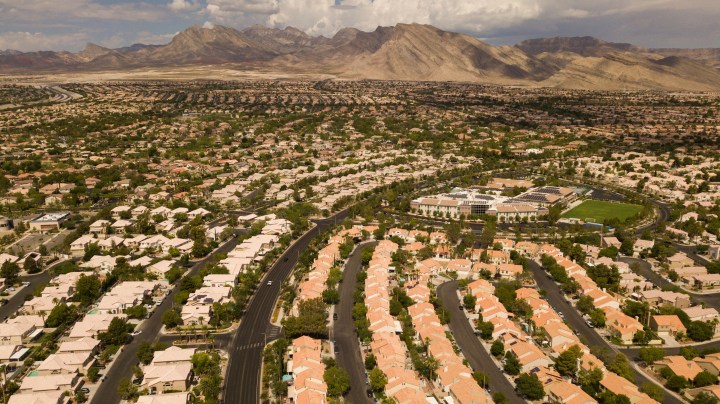 COPY
A residential development and golf course in Las Vegas. U.S. homeowners cashed in $63 billion in equity during the second quarter, according to data firm Black Knight. Patrick T. Fallon/AFP via Getty Images

Homeowners gained another $1 trillion in equity in the second quarter of this year, according to real estate data firm Black Knight.

That’s an unprecedented 37% increase from a year prior, and it’s what’s known as tappable equity, meaning the amount you could cash out and still have 20% equity in the home.

It’s true that that wealth is mostly on paper, with home prices continuing to rise at double-digit rates. But more homeowners are turning those gains into actual cash — and spending it.

Between April and June, more than 1 million homeowners cashed out a collective $63 billion in home equity by refinancing. “Both of which are the highest level in nearly 15 years,” said Andy Walden, vice president of market research at Black Knight.

“We’ve seen the average home increase in value by 25% since the onset of the pandemic, and so you’re just seeing a boon of equity for these homeowners, and you’re seeing them tap into that available equity,” he said.

Black Knight doesn’t track how people spend the money, but earlier this year, the consumer financial platform Credit Karma tried to find out. Among homeowners who’d tapped their equity in the previous 12 months, the top three expenditures were renovations, emergency expenses and paying down debt.

Credit Karma’s vice president of home, Andy Taylor, said that because interest rates are so low, “you can both simultaneously cash out money from your home equity, but also refinance at a better rate and have a better cash flow situation on a month-by-month basis anyways.”

Rising equity also provides a cushion for people struggling to pay their mortgages. Of the 1.7 million homeowners in forbearance plans, the overwhelming majority still have at least 10% equity.

That could help people hold on to those homes when those plans expire if they still can’t afford their payments, per Laurie Goodman with the Urban Institute.

And if they have to sell, “they’re going to be able to sell their home in a, you know, fairly good housing market and take out that equity,” she said.

The share of homeowners who would take a loss if they had to sell because they owe more than their homes are worth is less than 1% — a record low.