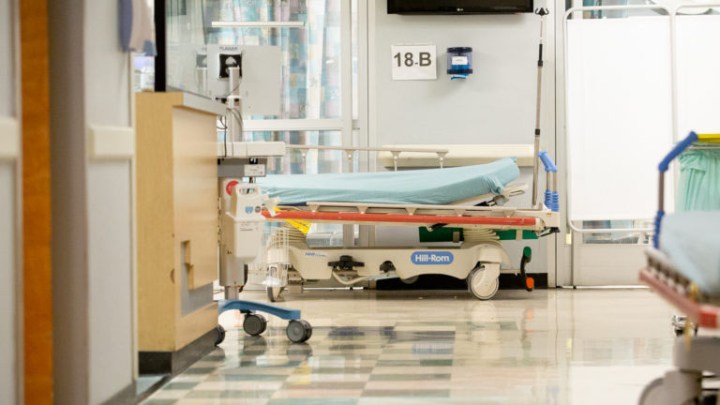 COPY
Medical debt in Tennessee and other states that haven’t expanded Medicaid outpaces debts people owe in other states, according to a new JAMA study. But hospitals like those owned by Community Health Systems say they need to collect on bills to stay financially viable. Stephen Jerkins/WPLN News

Medical debt in Tennessee and other states that haven’t expanded Medicaid outpaces debts people owe in other states, according to a new JAMA study. But hospitals like those owned by Community Health Systems say they need to collect on bills to stay financially viable. Stephen Jerkins/WPLN News
Listen Now

Last year, Jennifer McCrobie went to the emergency room with a stomach ache that had her doubled over in pain. She had to have surgery to remove her gallbladder. Then, the bills starting piling up.

“They were relentless,” she said of the collectors.

Stories like McCrobie’s are far more common in the South, where most states are led by Republicans who’ve turned down federal money to expand Medicaid. McCrobie is currently being sued by the hospital where she lives in Clarksville, Tennessee.

“They can’t bleed this turnip much further than it’s being bled,” she said.

Residents of Southern states, like McCrobie, owe doctors and hospitals far more than the rest of the country — roughly three times as much as those who live in the Northeast, according to a new study published in the Journal of the American Medical Association that ties the stark contrast to Southern states rejecting Medicaid expansion. A dozen states, mostly in the South, are still holding out.

McCrobie has a barebones health plan and said she was left with $15,000 to pay — a debt on top of other debts she was already struggling with.

If she lived a few miles away, across the state line in Kentucky, her income working in a factory and supporting five kids would likely qualify her for Medicaid, which was expanded in Kentucky. In Tennessee, which didn’t expand, it’s nearly impossible to have a job and still qualify for Medicaid.

The hospital that is suing McCrobie, owned by for-profit Community Health Systems, has partly blamed the lack of expansion for its aggressive collections tactics across the South. And they’re not the only hospitals suing.

Cookeville, Tennessee’s city-owned hospital regularly takes patients to court too, and CEO Paul Korth said that’s because hospitals have their own finances to worry about.

“We need to make sure that payroll is met every two weeks,” he said. “Some hospitals around us are having difficulty with that right now.”

Tennessee has one of the highest rates of rural hospital closures in the country. The cause, in part, is also attributable to higher levels of uninsured and underinsured people who can’t pay their bills.

In some Tennessee counties, more than 40% of residents have overdue health care debts, according to an analysis by Mandy Pellegrin of the Sycamore Institute.

“It doesn’t include medical bills people tried to pay with a credit card or a payday loan,” she said. “So it’s just really just surprising how common it is.”