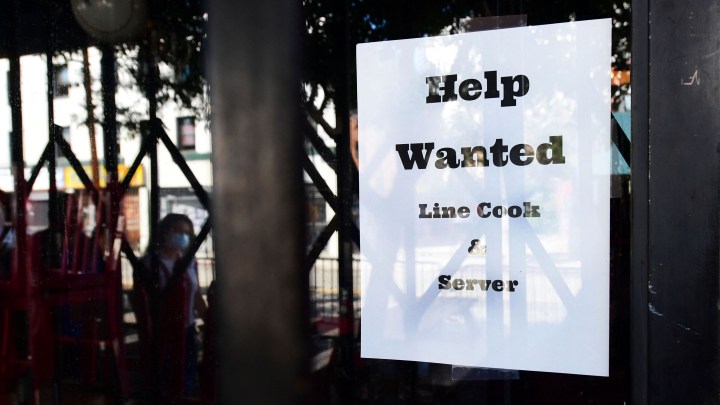 There’s a lot of good stuff happening in the economy now. Strong job creation and a record number of openings, as we’ve seen in recent employment reports. The stock market’s roaring and soaring, and consumers continue to spend as the economy keeps reopening.

But there’s also some worry out there, particularly among small businesses. In July, the National Federation of Independent Business’ optimism index fell about 3 points after rising for several months.

Small-business owners now expect lower sales and worse business conditions over the next three to six months. And they face big challenges — from rising prices to a shortage of workers.

According to the National Federation of Independent Business, 49% of small businesses had job openings they couldn’t fill in July, a record high.

“The labor shortage is impacting their bottom line, their ability to open, as consumer spending increases,” said Holly Wade, who runs the NFIB’s research center.

One in 5 small businesses said they’ve lost “significant” sales because they can’t staff up.

Small employers are raising workers’ base pay and offering signing bonuses and better benefits, said Nick Bunker, at job site Indeed — which is a Marketplace underwriter. But they’re often at a disadvantage.

“Bigger businesses are more able to give the wage hikes to attract new workers and retain the folks they already have on staff. And smaller businesses — which may have been hit much harder during the pandemic — are having a harder time competing for workers,” he said.

“Seventy percent say that they are seeing increased prices in their own supply chains,” Cohen said.

And more than a third are passing those higher prices along to their customers.