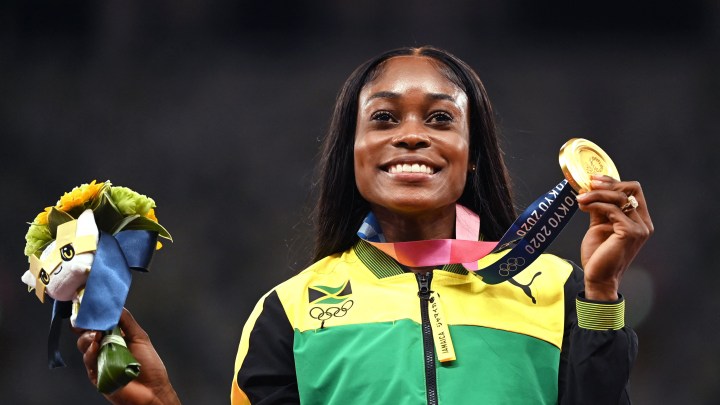 ​Double gold medalist Elaine Thompson-Herah was temporarily suspended from Instagram on Tuesday after the Jamaican sprinter shared a video of her winning her race.

When an athlete wins at the Olympics, the gold medals are often followed by a real gold rush. New medalists often see a surge in sponsorships and social media followers. So getting locked out of a social media account — even temporarily — is a big deal, said Ann Pegoraro of the University of Guelph in Canada.

“You’re instantly losing out in numbers of new followers. And those followers are essentially what sponsors are buying,” Pegoraro said.

But the International Olympic Committee has huge financial interests here too: exclusive broadcast agreements worth more than $4 billion, according to Lisa Pike Masteralexis at UMass Amherst.

“For them, the exclusivity is really where the value lies,” she said.

Instead of taking their own videos of their competitions, some athletes post “behind-the-scene” moments, like one in which British diver Tom Daley gives a tour of his Olympic hotel room.

“We’ve got a big old shower. And yes we’ve tried, we can fit everyone in that shower at the same time,” Daley said in an Instagram video.

Anything they can do to build their brand.