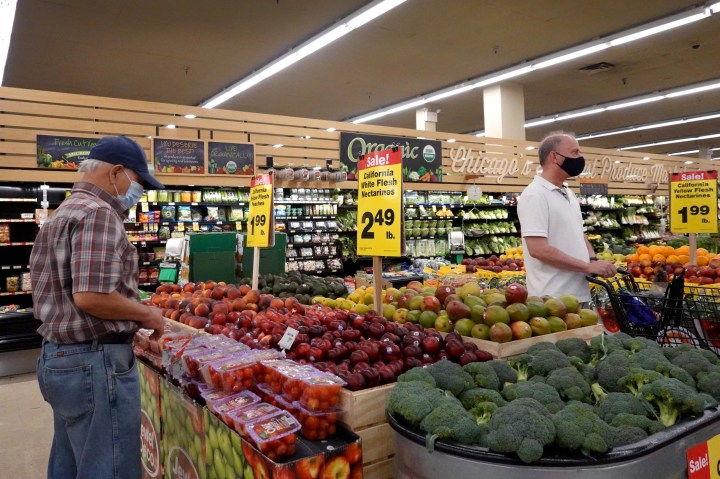 Decades of low inflation in the U.S. are generally attributed to careful monetary policy by the Federal Reserve. But some economists say slowly moving international forces played a big role: globalization, demographic shifts and the birth of e-commerce.

Now that some of those forces are dissipating — trends likely exacerbated by the pandemic — experts are asking if we’re entering an era of higher baseline inflationary pressures.

Gwynn Guilford, who wrote about this for The Wall Street Journal, said that although the rise in inflation reported this week was likely primarily driven by the pandemic, those slower-moving forces could become prominent factors in the post-pandemic economy.

“For instance, [inflation] might not fall as easily back to the Fed’s 2% target as easily as many currently expect, once supply chain bottlenecks from the pandemic ease,” Guilford said in an interview with Marketplace’s Sabri Ben-Achour.

What kept inflation so low for so long?

Sabri Ben-Achour: The last time annual inflation in the U.S. broke 3.5% was in 2008. The last time before that was 1991. And there are a couple explanations: Either the Fed has just done a supergreat job of controlling inflation for decades or something else. What are the theories on the something else?

Gwynn Guilford: Yeah, many economists argue that there are some big structural forces that have been at play too — namely, globalization and demographics. Starting in about the mid-1980s, you had this intense period of increasing global investment and trade that increased the scale of production so massively, and companies could produce stuff more cheaply. Part of that was facilitated by these really huge advances in supply chain management and shipping, like the pioneering of the container, but a big part of that was also a surge in the global supply of workers. And that’s due to this kind of fluke-ish confluence of geopolitical events: the fall of the Berlin Wall and China embracing a market economy. At the same time, you have the entry of baby boomers into the labor force — and [that happened] everywhere, pretty much — and you also have a huge jump in women’s workforce participation. And so the combination of all those factors basically doubles the pool of global labor in this pretty short period of time. And that, of course, puts downward pressure on workers’ bargaining power, and it allows companies to produce very cheaply. And consumers in advanced nations benefit from that because they can buy cheap electronics and socks and what have you.

Ben-Achour: And does e-commerce play a role there — the fact that you can compare a bunch of prices?

Guilford: Right. This one’s a little harder to document, but the argument goes that the rise in digital technology/e-commerce lowers overhead, and you have major increases in scalability from doing online retail. And that’s kept a lid on prices by allowing consumers to comparison shop, so that price transparency drives competition among businesses and they lose pricing power. More recently, that’s not just goods, it’s also services — Airbnb, Uber — but that’s also driven by, in the race for market share, they’ve been providing services at below-market costs. But, whatever the case is, those forces have kind of run their course and the tide is turning.

Ben-Achour: We are now at a point where inflation is very much on the minds of people. It has come back for various reasons. And that has people wondering if the broader forces that kept inflation in check for decades, are those changing?

Guilford: Yeah. In many ways, they already have changed. So global trade as a share of [gross domestic product] topped out in 2008. And then you have this rising tide of trade wars and protectionism that sort of reversed the globalization impulse. The pandemic seems likely to have accelerated some of those dynamics. You’ve seen this attention to protecting supply chains for all the things that we’ve had trouble sourcing because of supply bottlenecks but that are critical, like medicines or semiconductors. So the prioritization of national security over competition — that’s likely to allow prices to rise.

So, the demographics: China’s working-age population shrank 5% in the last decade, and wages are nearing levels in advanced economies and it’s hard to find low-wage workers. And then in the U.S., the working-age population growth has begun to slow pretty sharply, too, because baby boomers are retiring en masse.

With e-commerce, it’s less clear what’s going to happen. As far as the services side of things goes, there’s been pressure from a lot of these companies that were providing really cheap services, like Uber, etc., to become profitable. And so their prices are gonna go up. And then with e-commerce, the gains from that price transparency, maybe those have been spent. That might not contribute to inflation per se, but it’s not going to act as a release valve anymore.

Ben-Achour: Do you think, moving forward, it’s going to be harder to control inflation?

Guilford: The economists who are worried about this argue that, yeah, we’re going to see higher inflation for longer. And, for instance, it might not fall as easily back to the Fed’s 2% target as easily as many currently expect once supply chain bottlenecks from the pandemic ease. There’s a possibility that, instead of these forces pulling down on inflation, the reversal could mean that they start contributing to it.