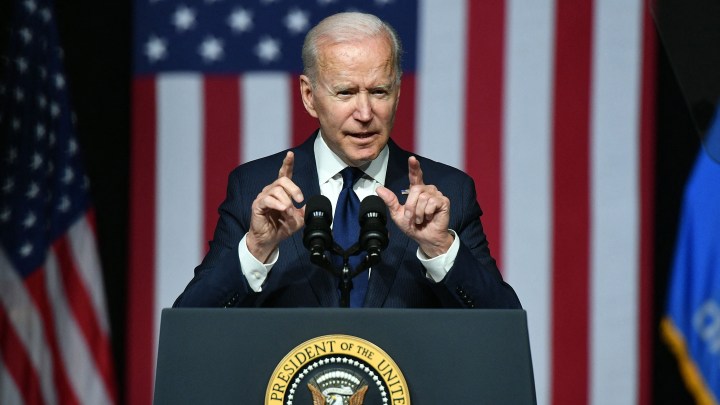 COPY
The Biden administration is trying to reduce the U.S. economy's dependence on China. Mandel Ngan/AFP via Getty Images

The Biden administration is trying to reduce the U.S. economy's dependence on China. Mandel Ngan/AFP via Getty Images
Listen Now

Throughout the pandemic, there have been a lot of supply chain problems affecting this economy: shortages, price spikes, logistical bottlenecks. The Biden administration announced Tuesday a plan to address those problems. The Supply Chain Disruptions Task Force is an effort to boost domestic production of goods like semiconductors and batteries. But it’s also an acknowledgement that we need to rely more on our allies for the goods we need and reduce the economy’s dependence on China.

So the idea instead is to rely more on American allies as trading partners, said Rachel Brewster, a professor at Duke University School of Law School.

“When we’re discussing semiconductors, our major allies will be South Korea, Japan, Taiwan,” Brewster said. “When we move on to pharmaceuticals, it’s going to be based much more in Europe.”

But there’s a problem with that, said Emily Blanchard, associate professor of business administration at Dartmouth College.

“We have been antagonizing many of these same trading partners for a number of years,” Blanchard said.

The Trump administration slapped tariffs on trade with a lot of these countries. And even now, tariffs on European metals remain in place.

“But I think here, we are sensing a very deliberate and intentional policy shift by the Biden administration to say, ‘Let’s deal with some of these national security concerns with our neighbors, not despite our neighbors,'” Blanchard said.

We don’t have the capacity, she added, to manufacture everything we need in the U.S. It’d be a fool’s errand, Blanchard said, to try to go it alone. 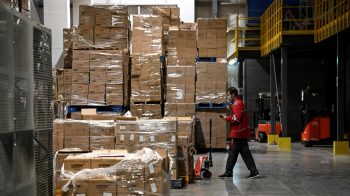