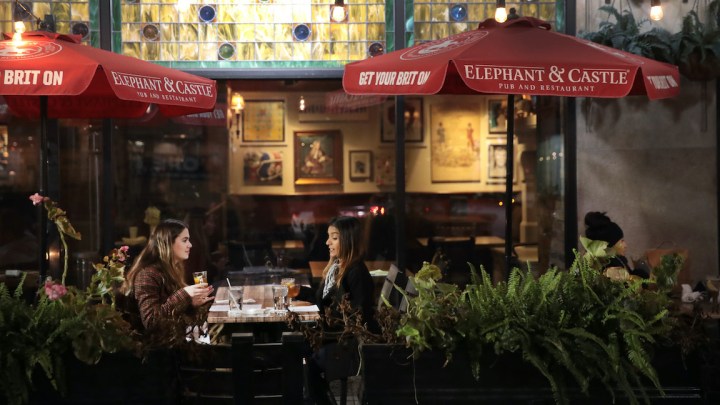 The Conference Board has released its Consumer Confidence Index for May. The latest reading shows a very slight tick down from April, but last month the survey was the highest it’s been since right before the pandemic. There are indications some consumers are ready to go on a spending spree.

This past weekend, Danny Groner and his wife were glancing at their credit card bill. It was the lowest it’s ever been. Groner said that’s about to change.

“I said it’s OK if we double our credit cards bills versus recent months.”

They plan to go out to eat more and take short trips to visit friends just outside New York City, where they live. They’re not ready yet to fly or go to the theater. This cautious approach tracks with what Tamara Charm of McKinsey & Co. found in a recent consumer sentiment survey.

“Fifty-one percent of U.S. consumers said they were going to splurge in some way,” she said.

Charm said McKinsey also found that about two-thirds of consumers are still hesitant to regularly venture out of their homes. Thirty percent of those surveyed say they’ll spend more money on travel and dining. But an equal number will continue shelling out cash for more home improvements.