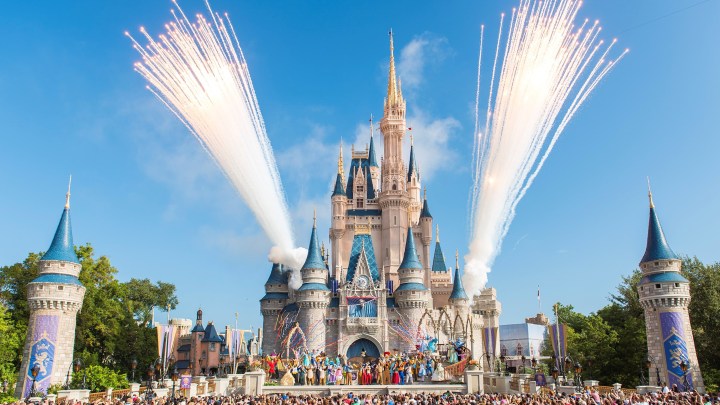 COPY
Google searches for "plan a trip to Disney World" went up 2600% between March and April of this year. Jacqueline Nell/Disney Resort via Getty Images

Google searches for "plan a trip to Disney World" went up 2600% between March and April of this year. Jacqueline Nell/Disney Resort via Getty Images
Listen Now

About 128 million Americans have had at least one dose of a COVID-19 vaccine so far, almost half of all adults. And an awful lot of them really, really want to go on vacation.

Searches for domestic flights this summer have increased by nearly 60% in the last month, according to the travel booking site Hopper. Google searches for hotels reached a 10-year high this month and, if that wasn’t confirmation enough, searches for “plan a trip to Disney World” increased 2,600% between March and April.

In many places, rental cars are completely booked up.

Oregon-based accountant Joylyn Ankeney and her husband are among those feeling extremely excited to finally go vacation. “The pent-up demand here in our own home to just leave the house and go do something is just huge.”

At the height of tax season, Ankeney said: “I told my husband I needed plane tickets somewhere,” she said. They decided on Tennessee. Flights were pretty cheap, she said. But rental cars are going to be the most expensive part of the trip. They’re also finding most places they’re thinking of visiting suddenly require reservations and seem to be booking up.

That is true for all sorts of things, from Disneyland tickets to camp sites. A lot of people, are traveling domestically and staying relatively close to home, according to Christopher Nulty, head of global public affairs at Airbnb.

“More than 70% of the searches that we’re seeing are for destinations that are about 50 to 300 miles away from home for folks. So, you know, the sort of I-can-get-there-on-a-tank-of-gas destination. And many of these are sort of in remote locations,” he said.

Many of the flights people are looking for and booking are also to more rural, outdoorsy spots, said Adit Damodaran, an economist at the travel site Hopper. “National parks have done really well and beaches have done really well. That seems to be where a lot of the interest currently is,” he said.

And, said Damodaran, airlines have been adding flights to those kinds of destinations. Fares are now starting to go up, he added. “Prices went up about 12% in March alone,” he said — he expects they’ll keep going up as summer gets closer and as more and more people book travel.