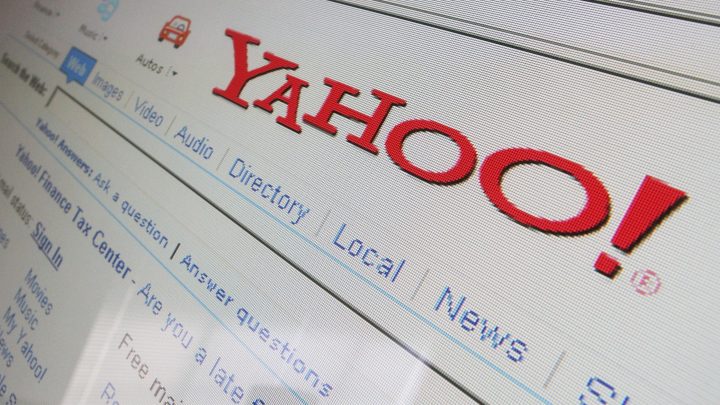 It’s the end of an era for Yahoo Answers, the Q&A platform that launched 16 years ago and invited a slew of questions that ranged from the mundane (“Can wall tiles be used on floors?”), to the philosophical (“What is the true meaning of life?”).

The site will no longer accept new questions beginning on April 20, and the platform will completely cease operations on May 4.

While some users appeared earnest, Yahoo Answers became known throughout its run for absurd and hilarious questions:

“Those were the ones that were upvoted — that wasn’t the term we used yet,” said Sarah Roberts, an associate professor of information studies at the University of California, Los Angeles. “And I think a lot of people experienced the internet first through some of these less technically sophisticated mediums, like message boards and other kinds of social spaces.”

The Verge obtained a note sent to Yahoo Answers members that sheds some insight into the decision:

“While Yahoo Answers was once a key part of Yahoo’s products and services, it has become less popular over the years as the needs of our members have changed,” the note read. “To that end, we have decided to shift our resources away from Yahoo Answers to focus on products that better serve our members and deliver on Yahoo’s promise of providing premium trusted content.”

Other companies have similarly disbanded community features in recent years. Back in 2017, the Internet Movie Database decided to shut down its forums, with each of its listed movies and TV shows having a dedicated message board.

In a statement, IMDB said that its message boards were “no longer providing a positive, useful experience for the vast majority of our more than 250 million monthly users worldwide. The decision to retire a long-standing feature was made only after careful consideration and was based on data and traffic.”

The New York Times also recently announced that it was parting ways with its 77,000-member Facebook cooking group. NiemanLab pointed out that a community of that size would need to be moderated 24/7. (According to journalist Erin Biba, the group had only four moderators.)

While the group had a rule not to discuss politics, frequent fights broke out, especially during the 2020 election. In the group, the New York Times posted that “the interest in this group is about much more than recipes or The New York Times.”

Arun Sundararajan, a professor at New York University’s Stern School of Business, said that over the past several years, there’s been a greater awareness of the need for content moderation in order to combat misinformation.

False claims were rampant during the past two presidential elections  and have spread during the COVID-19 crisis. More than 100 medical professionals sent an open letter to Facebook stating that COVID-19 misinformation is “prolonging the pandemic and costing lives.”

“Facebook has to deal with these issues because that’s the business in its entirety,” Sundararajan said. “For a company for whom this is not a core part of their business, it probably is inducing a lot of companies to reconsider whether the message board or the discussion feature is worth the benefits that consumers see from it.”

Sundararajan said there are several different alternatives to Yahoo Answers, including Facebook, Twitter, Reddit and Quora, a popular Q&A platform that has also been around for more than a decade.

He added that he thinks it’s unclear how viable the business model is for Q&A platforms — even Quora.

Back in 2019, Vox’s Recode found that Silicon Valley had valued Quora at $2 billion. However, Recode pointed out that the company has been slow to monetize its user base, and that the company told investors it pulled in $20 million in revenue in 2018 — an amount far from its multi-billion-dollar valuation.

“I think there’s a tremendously valuable amount of attention and information that could be of huge value to advertisers. But then there’s also maintaining trust and what people think of as a knowledge base,” Sundararajan said, adding that you don’t want users to think that these answers were provided because someone paid for them.

UCLA’s Sarah Roberts said that these message boards or forum features may be a liability to companies who  no longer want to associate with them.

“Some of these services that were offered in the past don’t really fit the image of the brand of what they’re trying to offer to the public today and certainly offer to their advertising partners,” Roberts said.

In her own research, Roberts spoke to someone who described the stressful experience she had moderating a message board connected to a news product.

“It was incredibly difficult, because every time she stepped away from the moderation work, she would come back and the forum would completely have blown up with flame wars.” Roberts said.

Trevor Owens, a public historian in residence at American University and author of the book “Designing Online Communities,” said he thinks it’s fair to say that message boards and forums have been on the decline (although he noted that Yahoo is an interesting case itself because it’s been bought and resold many different times).

He said that social network platforms like Facebook have taken over because of the amount of work necessary to moderate content, launching your own message board or forum is more complex than just setting up a group, and for some people, sites like Facebook have become the whole internet for them.

“The message board and question-and-answer ecosystem has just really been breaking up and shifting for a while now,” Owens said. “The effect of Facebook in particular on this is just huge.”

As Yahoo Answers comes to end, Sundararajan said he feels a sense of sadness — partly because Yahoo was an internet pioneer.

There was Yahoo Mail. Yahoo Messenger. The Yahoo Directory.

“There were so many things that Yahoo sort of invented, that somehow the company never translated into long-term dominance,” he said.