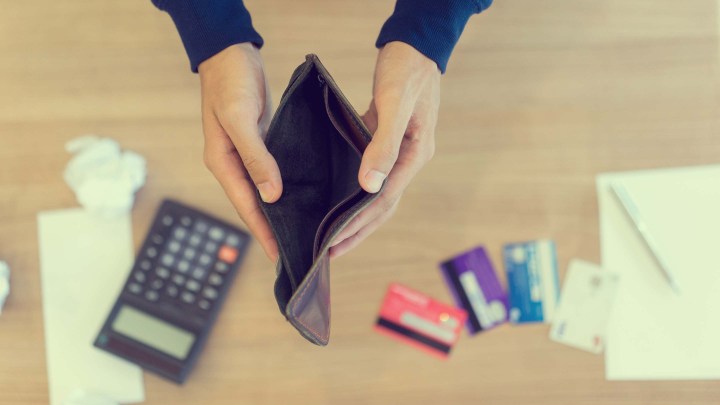 Survey data on American finances during the COVID-19 pandemic seems to suggest something of a split, bifurcated economy.

While some accrued more savings during the pandemic period, others took on more household debt such as mortgages and student and car loans. Recent data from the Federal Reserve Bank of New York shows the overall amount of household debt increased steadily in 2020.

Marketplace senior economics contributor Chris Farrell spoke to “Marketplace Morning Report” host David Brancaccio about who is or isn’t taking on more debt lately, and why. The following is an edited transcript of their conversation.

David Brancaccio: So despite the savings we’re hearing about, we’re still really indebted?

Chris Farrell: Oh, we’re really indebted. The latest report from the Federal Reserve Bank of New York fourth quarter of last year puts total household debt at over $14.6 trillion. And the biggest share of that debt, of course, is mortgages. But if you look at credit cards, student loans, you know, nonhousing-related debt, that still makes up 31% of the total.

Farrell: Well, this is one of the most striking and disturbing signs that, there’s recent research coming out about how people 70 years and older are increasing their debts. It’s partially mortgage debt, it’s also credit card debt. And this is something that we haven’t seen for a long period of time. And what it seems to be is that people are borrowing in order to, you know, pay for their medications, to meet the basic necessities. So that is disturbing. And it is increasingly a part of being an older American.

Brancaccio: When you look at all this debt, in the aggregate, a lot of it is owing on your house — mortgage debt. But that’s an asset, right? In theory, that’s appreciating.

Farrell: That’s right. And that feeds into a number of economic studies, David, which have looked into, OK, so you have debt. You know, which do you pay off first? And what the economic studies show is you want to pay off your credit card debt first. And the reason is, it’s very easy not to pay off that balance at the end of the month, and it continues to grow. And so that leads to a lot of stress that really worries people. And the other aspect of credit card debt is you’re not paying for an asset. It’s not an investment. So taken all together the most stressful debt, the debt that really weighs on your mental health, is credit card debt.

Brancaccio: Yeah, so pay it down, except that we’re in a pandemic recession where many people are suffering.

Farrell: It is a pandemic. Now, Experian, which is the credit bureau, they have their data down — credit cards are down about 14% compared to 2019. And that reflects the folks that have jobs and not much of an outlet for spending. So you might as well pay off some credit card debt. Nevertheless, we are still a highly indebted society.