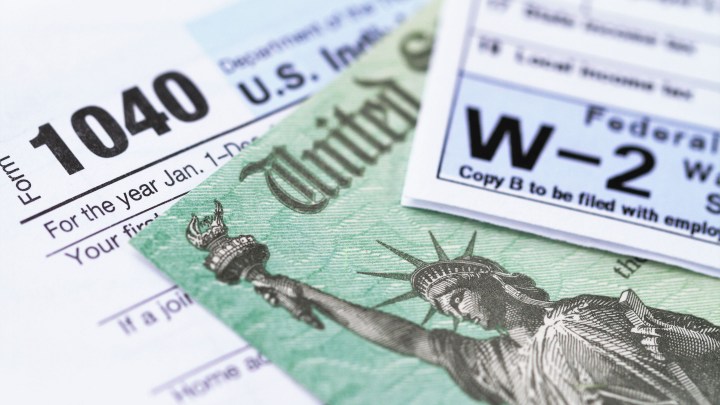 COPY
Many people plan on how they'll use tax refund money before they get it. NoDerog via Getty Images
COVID-19

Many people plan on how they'll use tax refund money before they get it. NoDerog via Getty Images
Listen Now

For those expecting a tax refund this year, it may end up coming around the same time as another pandemic relief check.

The House is set vote Tuesday on the $1.9 trillion COVID relief package that the Senate passed over the weekend. The impending arrival of tax refunds and that relief money could be significant for consumer spending and the economy.

​Nearly three-quarters of people who get a tax refund say it’s important to their finances, according to a new survey from CreditCards.com — low-income people in particular.

“For low-income families, tax refunds can be the biggest single cash inflow of the year,” said Rob Levy with the nonprofit Financial Health Network. He said many people plan how they’re going to spend their tax refund before they get it.

“In many cases, they are using it to pay down debt that they may have incurred,” Levy said. “Or they may use that money to pay for things that they have pushed off.”

Or, they might build up savings. Many people used the first round of pandemic relief checks in similar ways, said Ted Rossman, industry analyst at CreditCards.com.

“What we saw with the initial round of stimulus was a lot of savings and debt payoff,” Rossman said.

But, he said, retail sales popped in January when the second round of checks went out.

And he said there will likely be more of that with the next expected round of relief checks and tax refunds.