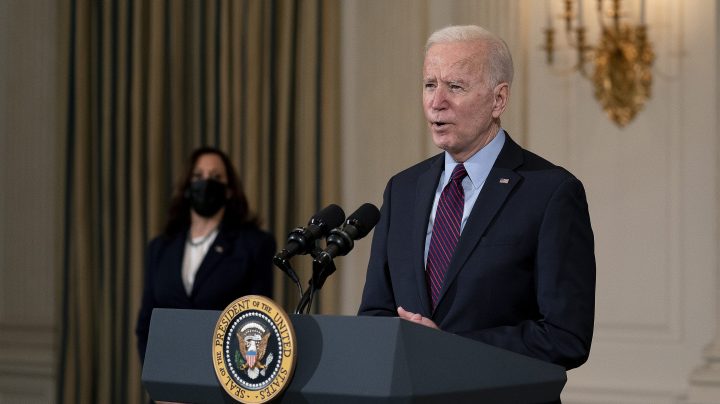 According to the latest data from the Department of Labor, more than 18 million Americans are receiving some sort of unemployment insurance. The federal government is currently giving unemployed workers an extra $300 a week, but that benefit is set to expire in mid-March.

As House of Representatives committees take up President Joe Biden’s proposed $1.9 trillion relief bill this week, some policymakers are pushing to make federal jobless benefits an “automatic stabilizer,” a term used by economists. During her nomination hearing in January, Treasury Secretary Janet Yellen said that automatic stabilizers “play a critical role in mitigating the negative impacts of recession.” We asked Adriana Kugler, a professor at Georgetown University and former chief economist at the Department of Labor, to define the term.

The United States’ tax system is an example of an automatic stabilizer. When your income goes up or down, your tax rate might automatically change with it.

Some people want federal jobless benefits, which supplement the regular state payments, to work in the same way — to trigger on or off when the economy needs or doesn’t need them, without congressional action. Right now, the unemployment rate in the U.S. is 6.3%, but Federal Reserve Chair Jerome Powell estimates the real unemployment rate is actually closer to 10%.

“Political gridlock means that while families needed this money yesterday, we still don’t have anything that has been provided to them and to the economy as a whole,” Kugler said. She noted that turning federal jobless benefits into an automatic stabilizer could get around issues in Washington. “We could simply turn them into permanent programs that don’t have to be introduced every time we have a recession, but that will trigger on and off automatically.”

To work as an automatic stabilizer, federal unemployment benefits would be tied to some sort of economic data, similar to how your tax rate is tied to your income.

“You could look at changes in the unemployment rate,” said Louise Sheiner, the Robert S. Kerr senior fellow in economic studies at the Brookings Institution. When the unemployment rate rises and the economy could be heading toward a recession, Sheiner said, the government might want to raise benefits. “Then, when the economy starts to recover, it just comes off automatically, and Congress doesn’t have to pass that.”

Right now, the Biden administration’s proposed relief package provides an extra $400 a week in jobless benefits that expires at the end of August.

COVID & UnemploymentKai Explains
Tags in this Story
Share this Story