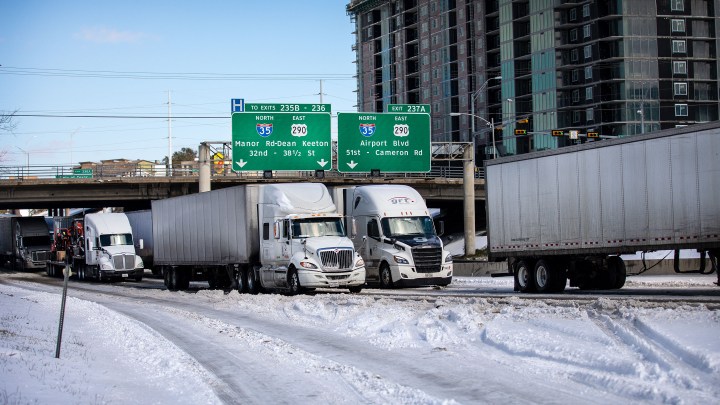 Winter storms have led to record low temperatures and power outages for millions of people in many states across the U.S. And in Texas, it’s also getting in the way of COVID vaccine distribution.

In Austin, as well as at distribution hubs in San Antonio and Dallas, vaccine operations have been paused again Wednesday because of ice and snow accumulation on roads and millions of people still without power.

Those dangerous driving conditions are also disrupting shipments of the vaccine.

Corpus Christi city officials learned that they would only be getting doses later Wednesday at the earliest.

In Houston, officials had to scramble to administer some 5,000 vaccine doses on Monday after the facility storing them lost power and a backup generator failed.

They decided to offer vaccines to places where people were already congregated and that had the medical staff to distribute the vaccine. They ended up in three hospitals, the county jail and at Rice University.

Another problem in all this is that shelters for people without power could risk spreading COVID-19 even though they’re critical to keep people from freezing.

City officials said postponed vaccine appointments will hopefully be rescheduled for later in the week, but that all depends on the weather.