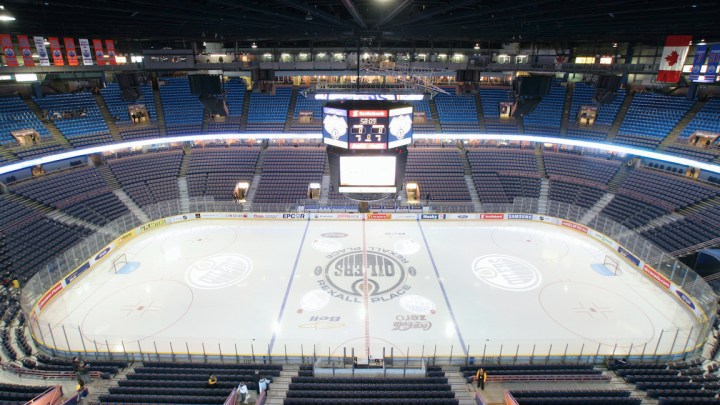 New York Gov. Andrew Cuomo announced Wednesday that sports arenas that seat more than 10,000 people could host fans at up to 10% capacity as long as COVID-19 guidelines are followed and the attendees had negative test results.

Especially to a company that’s paying teams to showcase its brand inside arenas and stadiums.

Peter Laatz, global managing director with the sponsorship consultancy IEG, said sports and entertainment sponsorship amounts to about $26 billion a year in the United States. And what was paid for before the pandemic is not entirely being delivered because of all those empty seats.

“What we’re currently dealing with right now is about a $14 billion gap that brands and properties have to agree on how to reconcile,” he said. “And it’s not an easy thing to do.”

He said teams are trying to make good on their contracts with brands, doing things like putting logos in places where they hadn’t been before so they’ll at least be seen on TV.

The New York Islanders hockey team now has a couple of stickers, UBS and Northwell Health, on the side of players’ helmets.

But that only goes so far.

“Brands that we work with are saying to us, ‘If we wanted all these make-goods, we would have had them in our deal. I want money back or I want an extra year,’” Laatz said.

“I want a refund!” is about the last thing team owners, who are already losing ticket and concession revenue, want to hear.

But Nicky Lewis, assistant professor at the University of Kentucky, said sports teams and leagues, and by extension the brands they partner with, now have an opportunity to rethink how they interact with fans.

“Engaging with in-person spectators through mobile media, digital media, in-person media — that’s all gone,” she said. “And so you have the screen at home, and we still love to watch our sports on big screens, but you’ve got to hit them on the mobile media device as well.”

And Angeline Close Scheinbaum, professor of sports marketing at Clemson University, said when people are back in the stands, they can expect teams to continue to hit them up on their cellphones with info.

“What are the wait times at this particular concession stand? Or kind of giving them little push alerts as a way to remind them about concessions,” she said.

She said that’ll be too much for some fans, but the way people watch games is different these days, whether they’re at home or in person. Marketers are going to find those opportunities.

“Especially when the game itself is kind of at a lull, it becomes an extra marketing and engagement opportunity where you kind of have consumers in a place where they’re cognitively and emotionally heightened,” Close Scheinbaum said.