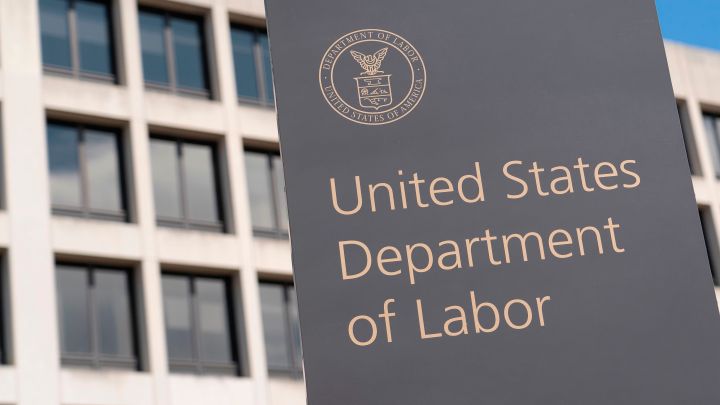 COPY
The lack of consistency across the country as to what counts as "unsafe work" means workers are consistently denied unemployment benefits. Alex Edelman/AFP via Getty Images
COVID & Unemployment

The lack of consistency across the country as to what counts as "unsafe work" means workers are consistently denied unemployment benefits. Alex Edelman/AFP via Getty Images
Listen Now

In his first weeks on the job, President Joe Biden has taken a number of actions to improve safety for workers during the pandemic by ordering the Occupational Safety and Health Administration to strengthen workplace safety rules, and by making sure workers know they have the right to refuse work that isn’t safe.

Biden directed the Labor Department to issue clear guidance to states that those who decline work due to safety concerns should qualify for unemployment benefits. Until now such decisions have been left to states, leading to wide variation and confusion.

Crystal Clifton had been working at a restaurant in a small town in rural Virginia on and off for the past decade or so, but when the pandemic hit, the work suddenly became risky.

“I was afraid to have that close contact,” she said. “There wouldn’t have been a way to put yourself 6 feet apart, and with my circumstances, if I get [COVID-19], I might be one that didn’t make it.”

Clifton has chronic obstructive pulmonary disease, high blood pressure and a heart condition that put her at increased risk from COVID-19. Masks weren’t mandated in Virginia until December.

In May, her boss asked her to return to work after the initial lockdown ended, but Clifton said she expressed concern about the safety of returning.

Clifton’s employer notified the state that she had voluntarily quit, which stripped her of the unemployment benefits she had been getting since March.

She and her boyfriend are now getting by on his disability check and food stamps. She said she’s been unable to pay for medical expenses, her car loan or utility bills, and she worries her heat will soon be turned off.

Clifton has been getting help with her unemployment claim from attorney Pat Levy-Lavelle at the Legal Aid Justice Center in Virginia. He believes Clifton should qualify for benefits, but her contention that she refused work for safety reasons hasn’t been evaluated yet.

“In Virginia, when somebody refuses work, the state agency looks on a case-by-case basis as to why the job refusal happened,” he said. “And, as with many states, it’s months and months behind on case processing.”

The lack of clear federal guidance on this issue has led to a patchwork of different standards from state to state and case to case that has left workers not knowing where they stand, said Andrew Stettner, a senior fellow at the Century Foundation.

“People were really put in a ‘it’s your money or your life’ situation,” he said. “They could refuse to go back to work, but they had no guidance about it.”

He said there’s been a spike in unemployment claims being denied because the applicant was deemed to have quit or refused work. But the numbers are all over the map.

Century Foundation analysis of federal reports found Nebraska, for instance, denied about 30 times more of these unemployment cases than California between April and December even though its population is about 20 times smaller.

New federal guidance won’t completely erase those differences, but it could send a powerful signal to workers who otherwise wouldn’t know their rights.

“People will trust the president,” said Mazahir Salih, who directs the Center for Worker Justice of Eastern Iowa, which assists low-wage essential workers. “If the president says the sun comes up tomorrow, they will say ‘yeah.'”

She said Biden’s message about workplace safety could give more workers confidence to speak out.

To qualify for unemployment, workers will need to offer some proof of safety concerns, and it’s still not clear whether the Labor Department guidance will cover workers who quit a job for safety reasons or just those who are already unemployed and refuse work.

Crystal Clifton hopes it will help her finally get some answers about her unemployment claim after eight months without a payment.

“Even though you don’t sleep a lot because everything’s on your mind, it’s like a nightmare you can’t wake up from,” she said.

COVID & UnemploymentWorkplace Culture
Tags in this Story
Share this Story