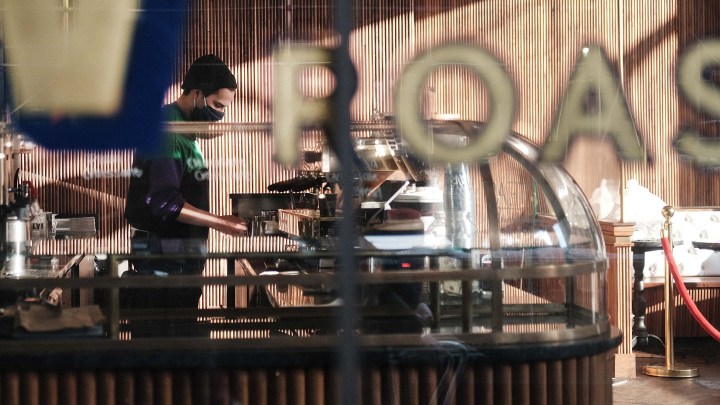 COPY
If business owners can hang on, they may benefit from pent-up demand as consumers anticipate spending more in the year ahead. Spencer Platt/Getty Images
COVID-19

If business owners can hang on, they may benefit from pent-up demand as consumers anticipate spending more in the year ahead. Spencer Platt/Getty Images
Listen Now

Small business confidence has hit an eight-month low. The reading for January is out Tuesday morning from the National Federation of Independent Business. The number expecting better business conditions through the middle of the year hit its lowest level since 2013.

It’s hard to be optimistic about business over the next few months, said Randy George, owner of the Red Hen Baking Company in Vermont. Its cafe hasn’t had indoor dining since last April.

“We do have a lot of people coming to the window and getting sandwiches to go, but, it’s a window,” George said.

Small business pessimism can be a drag on the overall economy, said Bill Dunkelberg, chief economist at the NFIB.

But there are reasons for optimism, too. George said he expects sales to pick up in the second half of the year with more vaccinations and fewer restrictions.

“There’s this pent-up demand,” he said. “And when that starts to get released, you know, our challenge might be keeping up with that.”

A survey this week from the New York Federal Reserve found that consumers anticipate their spending will grow in the year ahead at the highest rate in five years.