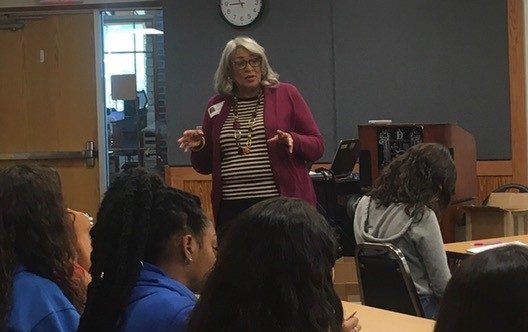 U.S. employers added just 49,000 jobs last month, according to the latest monthly employment report from the U.S. Bureau of Labor Statistics. Nearly 40% of the 10 million people who are unemployed have been jobless for 27 weeks or more.

Carolyn Kennard knows how discouraging the job-hunting process can be. Kennard is a regional facilitator for Workforce Solutions, a nonprofit organization that aims to help job seekers reenter the workforce under the direction of the Texas Workforce Commission.

“Years ago, I was [working] in the oil and gas arena and I decided to leave,” she said. “At the time, I felt that there was bigger fish out there for me to fry, and I wanted to go out there and fry some of those big fish, but it didn’t turn out that way.”

Kennard said she went on many interviews, but struggled to find a new job. After one interview, she said she broke down in her car and cried.

“At that time, I had been looking [for a job] probably about six months,” she said.

Eventually, she found her place in the job market.

“I learned a valuable lesson,” she said. “I ended up going back to grad school and getting a degree in counseling, which I probably never would have gotten.”

She said the job she has now — leading career workshops and helping people build their resumes and interviewing skills — has been “very rewarding.”

Friday’s report showed that the number of “discouraged workers,” people who have stopped looking for work because they believe that there are no jobs available for them, remains above 600,000 — nearly twice as many as the same month last year.

Kennard’s advice for those people?

“There’s hope for all of us,” she said. “There’s something for everybody, because we all have worth, we all have value.”