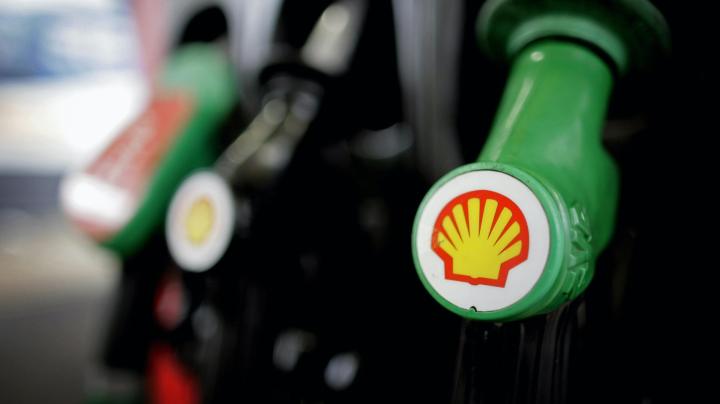 COPY
Oil and gas companies are grappling with uncertainty as they look to the future. Leon Neal/AFP via Getty Images
COVID-19

Oil and gas companies are grappling with uncertainty as they look to the future. Leon Neal/AFP via Getty Images
Listen Now

It would be an understatement to say the past year has been tough for oil and gas companies worldwide.

ExxonMobil reported a loss of $22.4 billion in 2020 if you include write-downs. Royal Dutch Shell said Thursday that its annual profit dropped 71% from the previous year. BP lost $5.7 billion. ConocoPhillips, out $2.7 billion. Chevron lost $5.5 billion. In 2020, oil demand saw its steepest decline in modern history.

“They’ve been to hell and back,” said Michael Lynch, president of Strategic Energy and Economic Research.

As if pandemic-fueled loss of demand wasn’t enough, oil companies are facing increased pressure to help bring about a carbon-free future.

With more than 500 oil- and gas-related companies having declared bankruptcy, the survivors are taking a long, hard look at efficiency.

According to Clark Sackschewsky, with accounting firm BDO, they are “finding the most effective way to get every molecule out of the ground.” Plus, companies are cutting costs by shutting down expensive wells and trimming their investments in new ones.

In the next few quarters, Lynch said, oil and gas corporations should actually generate modest profits and see some recovery going forward. “People should be careful about thinking the pandemic reflects a new normal.”

But a very different normal is coming — a lower-carbon normal. Europe has legally committed to being carbon neutral by 2050.  The Biden administration has rejoined the Paris climate agreement.

Companies have time to deal with the pressures brought on by climate change, said Duane Dickson, who leads U.S. oil, gas and chemicals at Deloitte. “The transition’s gonna take a while. Nothing’s gonna happen overnight,” he said.

Oil companies are preparing for the future at different paces, said Pavel Molchanov, an energy analyst at Raymond James. “The cutting edge of this process, the first movers, are in Europe,” he added.

BP, formerly British Petroleum, has said it wants to cut back oil and gas production by 40% over the next decade and ramp up its investment in renewable energy tenfold.

Molchanov said that “the earlier companies can establish a foothold in these emerging opportunities, the better it will be. Five years from now, it will be much more crowded and competitive.”

American oil producers like ExxonMobil and Chevron have been slower to make grand commitments. But they still have some time.