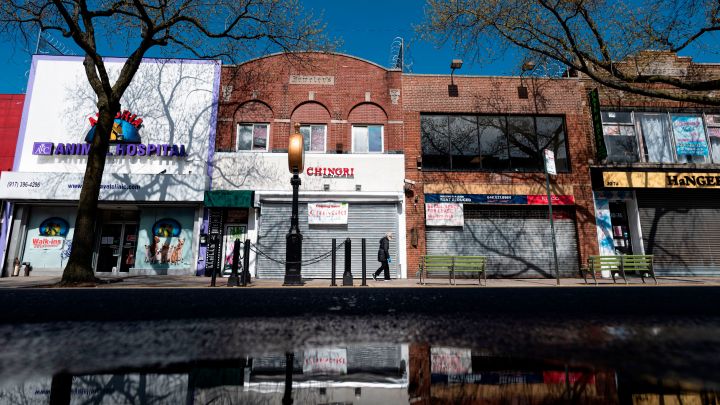 COPY
Businesses small and large are trying to game out which pandemic changes will be permanent. Johannes Eisele/AFP via Getty Images
COVID-19

Businesses small and large are trying to game out which pandemic changes will be permanent. Johannes Eisele/AFP via Getty Images
Listen Now

Major retailers are likely to close 10,000 stores this year, according to a report out Thursday from Coresight Research, an increase of 14% from 2020. But at the same time, the company also estimates that more than 4,000 stores will open this year. With the vaccine rollout underway, the new data gives a preview of what the post-pandemic economy might look like.

The types of stores that shut down in the pandemic include lots of footwear, clothing and accessories shops, according to Coresight Research.

The types of retail that opened? Discount outlets like dollar stores. Industries that cater to certain pandemic needs also did all right.

“I believe that housewares category overall in the country has seen tremendous growth from New York to the West Coast,” said Natasha Amott, who runs the kitchen supply store Whisk in New York.

Her business did better than she expected in 2020.

“I’m hopeful that people will keep up their love for cooking and want to spend their money at a store like ours” as restrictions start to lift, she said.

Businesses small and large are trying to game out which pandemic changes will be permanent.

Constance Hunter, chief economist at KPMG, said that, at least for those who are on the upside of the K-shaped recovery, “I do think this pent-up savings is going to lead to higher consumption than we would normally expect once we get to the other side of the pandemic.”

And for businesses that can hold on until then, there could be a business boom.

“By the end of the pandemic, there may be more opportunity and space to grow and innovate,” said Nicole Marquis, who owns Hip City Veg, a chain of fast-casual restaurants around Philadelphia and Washington, D.C. “We’re already looking at three new locations.”

She expects that once people can go out again, those who can spend will spend a lot.