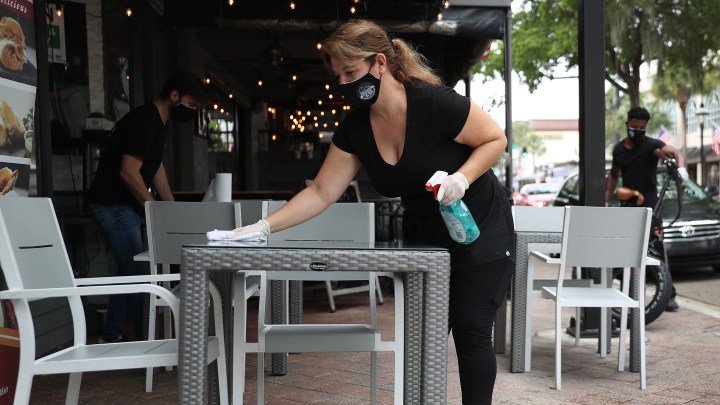 COPY
An employee wipes down outdoor tables at a restaurant in Florida. Joe Raedle/Getty Images
COVID-19

An employee wipes down outdoor tables at a restaurant in Florida. Joe Raedle/Getty Images
Listen Now

The order will also require OSHA to step up its enforcement plans if those rules are violated.

Employers can play a big role in helping to curb the transmission of COVID-19, said David Michaels, a professor at George Washington University’s School of Public Health and the former head of OSHA during the Obama administration.

He said workplaces can be risky.

“That’s the place to stop the exposures from occurring, because people have to go to work,” Michaels said.

Stronger enforcement won’t mean inspectors are going to start flooding offices and worksites across the country, he said. But more enforcement could help send a message.

“Saying, ‘Look, if we inspect and we find that you weren’t protecting your workers, we could fine you tens of thousands of dollars,'” Michaels said. “And that changes the behavior of many employers.”

OSHA has already issued COVID-19 safety recommendations, and some states have their own rules.

“Many employers operate in many different states,” said Rebecca Reindel, safety and health director at the AFL-CIO. “This would be one set of requirements they would follow anywhere.”

Under the order, OSHA has to come up with its revised guidance within two weeks. 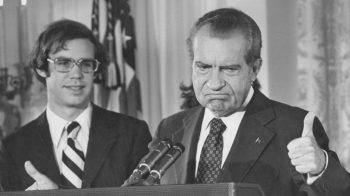