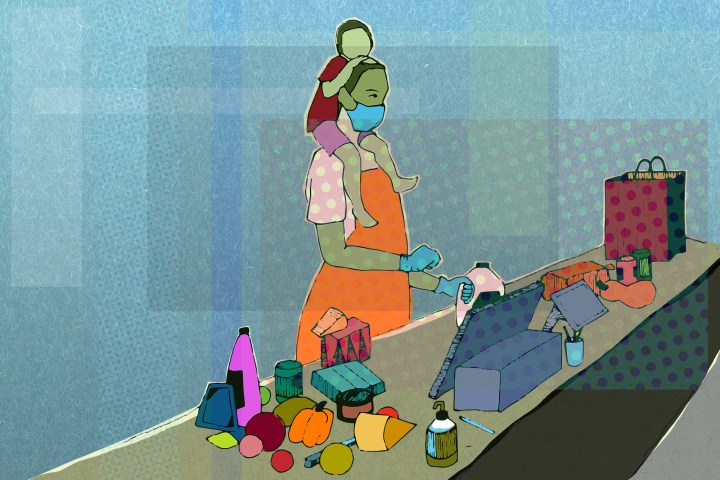 President-elect Joe Biden has said safely reopening schools will be one of his top priorities in his first 100 days in office. Remote school has put enormous strain on parents, perhaps none more so than those front-line workers who can’t do their jobs from home.

“She did her class, she did her homework, now she’s reading a book,” Reveles said.

Students in Los Angeles have been learning remotely since March. Most days Isabela stays with her grandmother while Reveles, a single mom, goes to work as a pharmacy technician.

“I have to push my daughter,” she said. “You know, ‘you have to learn to be on your own, you have to be dependent on yourself.'”

Reveles said her daughter is struggling: Her grades have slipped and she’s constantly down on herself.

“I feel at a point that I am failing as a parent, that if I do go to work, I’m not here as a parent full time and being a good parent,” Reveles said.

Essential workers like Reveles are disproportionately women of color, often earning low wages and risking their health to work. They’ve been hailed as heroes, but as parents, they face impossible choices.

“I’ve had parents call me and say, ‘If my child can’t come to your learning center, I’m going to lose my job,'” said Betty West who runs a network of distance learning centers for the nonprofit Imprints Cares in Winston-Salem, North Carolina.

In socially distanced, small groups, the learning centers help kids with remote classes while parents are at work at a cost of $215 a week.

“Our working families pretty much budget for before- and after-school care and summer programming. This was not in their budget,” West said.

With donations, the organization has been able to subsidize or completely cover the cost for many families. But such programs aren’t always set up to help students who need intensive support.

“No one knew what to do to help our kids, and that’s heartbreaking,” said Clara Washington, whose 9-year-old daughter Jayla has been diagnosed with autism and is partially nonverbal.

Her Rochester, New York, school district has been remote since March.

“She did not understand why her classmates and teachers were on the computer,” Washington said. “She didn’t understand that.”

Jayla needs one-on-one attention, but Washington is a single mom and works as an office manager for a surgery practice. She takes paid family leave one day a week, and hires a babysitter for the rest, rushing home on her lunch break to check in on classes.

Rochester schools are set to begin reopening in January, but like pretty much all plans, they’re at the mercy of the virus.