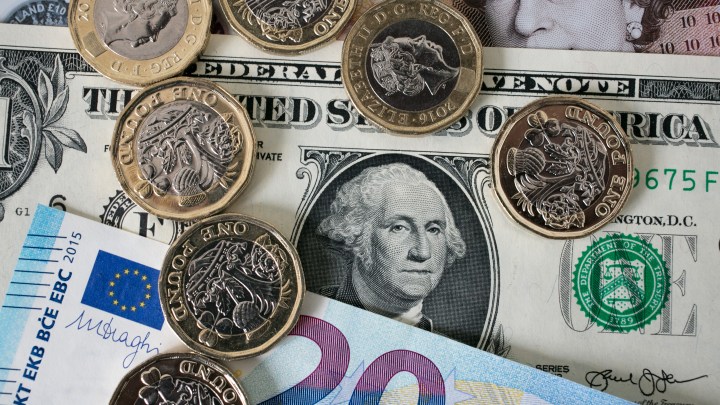 The U.S. dollar is at a 2½-year low. In other words, it’s slipping in the global popularity contest among investors. This slump is pandemic-related.

Investors use the U.S. dollar as a safety blanket when there’s a crisis and they’re scared. They pile their money in from around the world, and the value of the dollar goes up. This happened early in the pandemic. But with three solid vaccines on the horizon, investors aren’t so scared anymore.

“These safe havens are less attractive, and people are willing to take on more risk,” said Scott Wren, senior global market strategist with the Wells Fargo Investment Institute. Investors are sniffing around other countries and other currencies. That’s the charitable explanation. The other thing going on here is that the U.S. dollar is less attractive because the U.S. itself is less attractive.

“If you look at China, Korea, Taiwan [or] Singapore, they’ve all done an incredible job at controlling the virus,” Thin said. “You could throw New Zealand in there as well.”

Thin said investors have been drawn to those countries — and those currencies — because their economies are up and running and they’re expected to outperform. Meanwhile, the U.S. keeps breaking infection records and is headed for more shutdowns. In normal times, one might be concerned that a falling dollar would increase inflation by making imports more expensive. Ian Shepherdson, chief economist at Pantheon Macroeconomics, said that’s not really an issue right now.

“There’s so little danger of imported inflation for goods prices right now because goods are in global oversupply,” he said.

And a falling dollar is good for U.S. exporters, even if it is in part a macroeconomic indictment of the country’s management of the coronavirus.