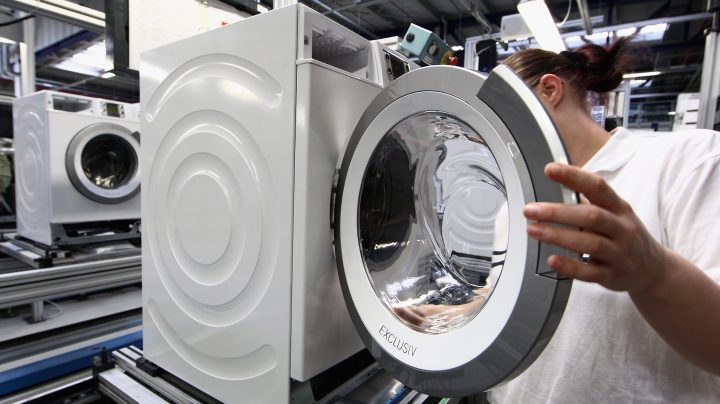 The coronavirus pandemic has radically changed how and where consumers are spending their money. And those demand shifts have had effects up and down supply chains across industries.

“Marketplace” host Kai Ryssdal checked in with Lisa Goldenberg, president of the Delaware Steel Co. in Pennsylvania and a regular Marketplace guest, to see how business has been lately and what it might look like during a Biden presidency. Ryssdal spoke with Goldenberg in 2016, right after President Donald Trump won the election. At the time, Goldenberg described herself as feeling “tempered,” deeply disappointed in the result but optimistic that Dan DiMicco, a former steel company CEO, was one of Trump’s trade advisers at the time. “The thought of Dan just bending the man’s ear is a wonderful thing for steel,” she remarked. Below is an edited transcript of their conversation.

Kai Ryssdal: Let me get the contextual ground truth question out of the way first. How is business?

Lisa Goldenberg: Thank you for asking. It’s really improving. Going into COVID, things were pretty bad. More than just the doldrums, it was really a struggle, and has consistently picked up over the last six months.

Ryssdal: And then the short-to-medium-term future. How are you feeling?

Goldenberg: Short, really good. And [then] my crystal ball gets supercloudy, it might have a couple cracks, once I get through the spring, for all kinds of reasons. The transition of government, COVID, the economy, we are running at a pretty aggressive clip right now. So the market can’t, you know, continue at this pace.

Ryssdal: Tell me about the clip that is running for you. I mean, you’re just seeing more orders because people are buying cars and dishwashers and refrigerators?

Ryssdal: That’s a really good point. I hadn’t actually considered the whole dishwasher thing. But we’re definitely running at my house too. But is this pandemic? Or has it not affected your supply chain at all? I mean, can you get the material you need?

Goldenberg: Yeah. So I’m kind of in the middle. I’m more that traditional middleman. So supply is definitely short. It’s short for two reasons. One reason it’s short is we have major tariffs. So there’s no or very, very little import. And the steel mills are acting fairly controlled on their output. They can’t really staff full shifts because of COVID. So output is greatly challenged, which is, in my world, a mixed blessing. Why? My inventory is worth way more, right? So I’m selling inventory that’s been sitting, which is exciting. I get to make some profit, which I haven’t been able to do very well in the last year and a half. But it cannot be replaced. It could be replaced to some degree, but at really high numbers, which is why I go back to where I started. When is it going to go over the cliff? Because when I’ve been here every other time and I panic that I’m going to run out, I buy more, pay too much and then wait two years till I can sell it.

Ryssdal: Right. So let’s talk about the guy whose job it is now to in theory prevent it from going over the cliff. You are on the record on this program repeatedly as not having been a fan of President Trump’s. You like some of his policies, you don’t like the way they are executed. As we sit here looking at the likelihood of divided government, with President Biden in the White House in two months, how you feeling?

Goldenberg: Well, I’m certainly feeling a lot better than when we were talking in 2016, for a lot of reasons. Not only because my guy won. OK, I don’t have to gloat. But also because when you and I spoke, if you recall, and if our listeners recall, at that time, I had people in the office crying. So I’m a lot happier that my guy makes people feel less afraid of their person, of their gender orientation, their sexuality, their religion, the color of their skin. As far as policy. I don’t know, I kind of like the divided government for a while, Kai. I think that I’m so afraid of the far left. And I think that in Joe Biden, you have this compromiser. So what if we actually have a centralist experience?