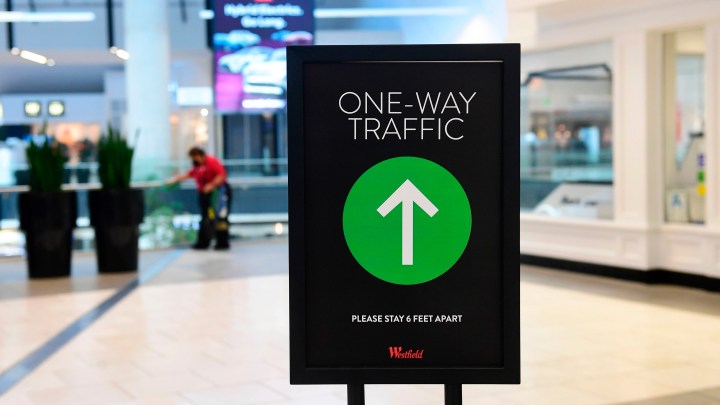 If you look at the websites of major retailers right now, you’ll find long lists of their COVID safety precautions. Some you might be familiar with: plexiglass shields, mask requirements, limits on the number of customers allowed in the store at one time.

And heading into the holidays, stores are trying some new things too.

“A lot of retailers are offering reservations in certain areas, where people can come in, meet with a specific shopper, kind of get all of their shopping done at once. Or like at Target, for example, they can reserve a spot in line,” said Lauren Beitelspacher, who teaches marketing at Babson College.

Target is also setting aside more parking spots for curbside pickup and allowing customers to scan their own items, touch-free, and then pay with their phones. Meanwhile, Walmart is touting its own touch-free payment app. And Best Buy has an option where you can buy online and pick up at a store in an hour.

This is starting to feel a bit like a safety competition. Because it is.

“I definitely think it’s a competitive advantage now,” Beitelspacher said. “No retailer is going to survive if they are seen as a superspreader.”

Otherwise those people might just shop online — probably at Amazon.

These changes will cut into retailers’ profits. “It’s costing them in just the materials of putting up the plexiglass dividers, putting the signage up, setting the store up as with display so it’s easy to get around and not be crowded,” said Craig Rowley, senior client partner for retail consulting at Korn Ferry. They’ve also had to hire more workers to constantly sanitize store surfaces, he said.

But as long as the virus is around, these are costs retailers will just have to accept.