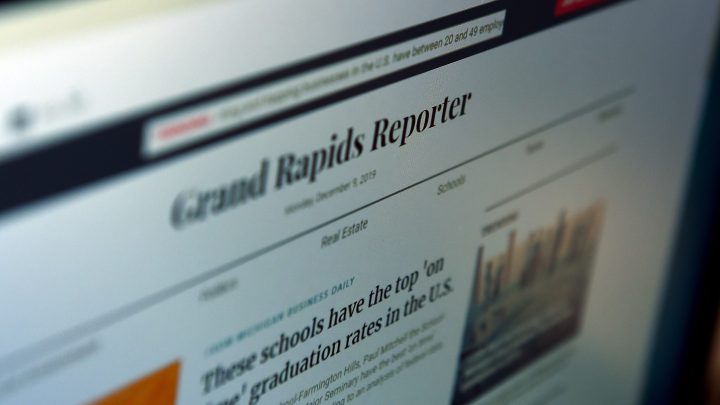 Three easy, effective ways to protect yourself from disinformation

One of several supposed "news" websites out of Michigan that actually publishes press releases and other materials from conservative activist groups. Olivier Douliery/AFP via Getty Images

Three easy, effective ways to protect yourself from disinformation

One of several supposed "news" websites out of Michigan that actually publishes press releases and other materials from conservative activist groups. Olivier Douliery/AFP via Getty Images

No one’s going to save you from online disinformation.

There’s too much of it, coming from so many different directions, and the powers that be don’t have the incentive to put up much of a fight.

“You need cooperation between the public and private sector, and because this issue has become so politicized in the United States … Congress has entirely dropped the ball,” said Nina Jankowicz, a disinformation fellow at The Wilson Center.

That’s not going to change after the election, much less before, so it’s really on individuals to identify disinformation when they see it and keep it from spreading. Luckily, on last week’s deep-dive episode of “Make Me Smart,” Jankowicz gave us three easy, effective ways to fight disinformation online.

Expand your definition of disinformation

Disinformation can take many forms. It’s not about suspending accounts. Troll farms could be foreign or domestic, bad actors can be funded by political operatives or PR firms.

Learning about an online hoax after the fact is very different from seeing one presented as fact in your feed.

“One thing I’d urge everybody to do is just to recognize that disinformation isn’t only about cut and dry fake news,” Jankowicz said. “It’s not just silly photoshopped memes or stuff that’s totally made up on a fake news website called ‘fakenews.com.'”

Often online disinformation is designed to provoke an emotional reaction in you. If you feel that happening, Jankowicz says it’s best to get away from your device. At least six feet.

You’ll temper that urge to react and share whatever you’ve seen, which is exactly what bad actors want. Resist the urge to be reactive.

“Our outrage, our emotion, ultimately, is is what fuels all of this. It’s not ads necessarily,” Jankowicz said. “So when you feel your spidey-senses tingling, and yourself getting emotional, the best thing you can do is practice some informational distancing.”

Do a little detective work

If you can’t seem to shake that story, post, image, whatever, it’s time for a little due diligence, Jankowicz said.

Ask yourself some questions: If it’s a screenshot of a news story, can I find the original? Has this story been reported elsewhere? BuzzFeed News routinely rounds up hoax stories around big news events. Snopes does the same.

If it’s an image, try running a reverse image search to see where it came from, or whether it’s being presented out of context. TinEye is the most popular service, but Google has a tool as well.

The bottom line, Jankowicz told us, is that platforms don’t want to be the arbiters of truth, focusing instead on “benefiting economically, from the money that they’re making from our outrage. That outrage fuels their ad services.”

Hear more from our interview with Jankowicz on the business of disinformation here.