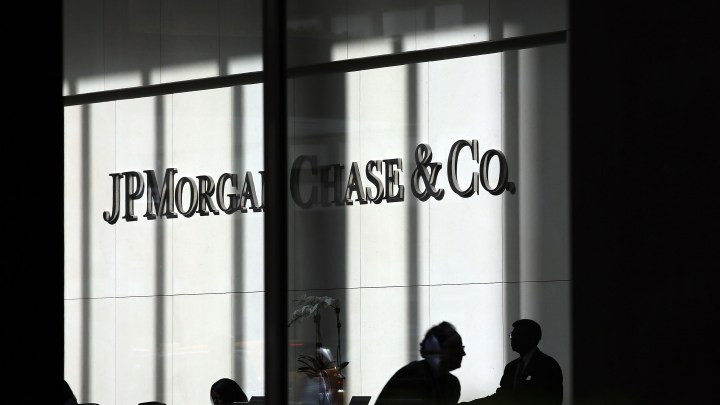 The country’s big banks have been reporting quarterly earnings this week, and things have been looking up. Bank of America’s profits beat analysts’ expectations. Profits at Goldman Sachs and JPMorgan Chase are higher now than they were a year ago, before the pandemic.

Another sign of confidence? Those banks say they’re reducing the amount of cash they set aside to cover loans that go bad.

It was only three months ago, in July, that banks were setting aside extra cash to cover bad loans. But Gerard Cassidy, managing director at RBC Capital Markets, said since then, banks have watched the economy slowly improve.

“That has brought out the banks to recognize that they overcompensated for a more severe downturn,” he said.

Big banks aren’t all that exposed to businesses that have struggled during the pandemic, such as restaurants, small retailers and other small businesses, said Nate Tobik, founder of CompleteBankData.

“They are more exposed to some of the bigger businesses, which have backstops to their credit,” he said.

Tobik said larger banks likely think the majority of their clients can refinance or pay off their debt, using a backstop program.

Even when loans do go bad, bigger banks have plenty of other ways to make money, said Mayra Rodriguez Valladares, who advises banks on risk.

“They have asset management, they have investment banking advisory services [and] they have trading,” she said.

Valladares said banks still face plenty of risks. Many businesses are still in forbearance programs and could owe more once those end. Further federal relief is uncertain, and more people are likely to lose their jobs.

“It would not surprise me to see banks in the first and second quarter of next year to again be increasing their loan loss reserves,” Valladares said.

JPMorgan Chase CEO Jamie Dimon said under the bank’s worst-case scenario — a double-dip recession — it would need up to $54 billion in reserves, $20 billion more than it has on hand right now.