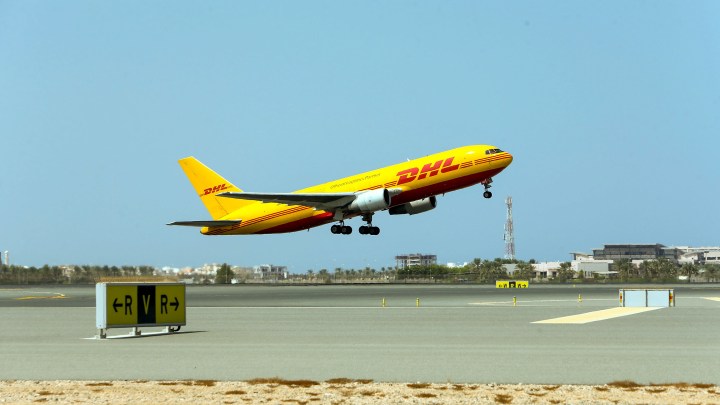 The World Bank has approved $12 billion in funding for developing nations to buy and distribute COVID-19 vaccines, tests and treatments. That, it says, will support efforts to vaccinate nearly 1 billion people against the virus.

As part of ongoing “Fast Track” coverage, which looks at the challenges of delivering a vaccine to the world, the BBC’s Victoria Craig spoke to DHL’s chief commercial officer Katja Busch about how the package delivery company is ramping up cold storage to make vaccine distribution possible. The following is a transcript of their conversation from the global edition of the “Marketplace Morning Report.”

Katja Busch: The big advantage we have this time is we know that this challenge is up and coming. I’m not concerned about the transport capacities, overall, or how to distribute the vaccines. We are pretty prepared for that. The big challenge is that it needs to be a joint effort between governments, the vaccine producers, and between logistics.

Victoria Craig: What have you learned over the last few months about the supply chain logistics of just getting some of these supplies where they needed to go?

Busch: Nobody has ever expected that this would come, so no country, or at least just a few countries, were really prepared to deal with this big volumes of PPE. Usually the government is there to regulate things and not to execute. And this was a big challenge: to get the right people to the table, and to get everything organized. Yes, in the beginning, we had a bit tight capacity regarding the air freight volumes from China. But that was just a short period of time, and after that everything worked out very well.

Craig: Depending on what kind of vaccine is approved for worldwide use, there may be several logistical challenges in getting there, including making sure it stays cold or frozen. That is not new for DHL. You guys have been involved in cold storage for a while. But this time, it’s millions of doses at the same time that need to be transported. How are you preparing for that? How is that different?

Busch: To distribute normal vaccines and a temperature range of 2 to 8 degrees [Celsius] is really not an issue. This is daily business. So what we are facing now, is this ultra-frozen temperature range between minus 20 to minus 80 degrees. And why does that need to be transported in such a cold environment? It’s just the lack of stability. The producers are working with very new methods. So it is super important to keep this low temperature range.

And to do that you have several different options. One of them is dry ice, and to re-ice after a certain period of time. So what we are doing is we are currently running a big gap analysis to see how can we make sure that we can pick up the vaccines at the manufacturer and bring it to the point where the dose has to reach, be it the hospital, or be it the doctor, or wherever. That means that we will certainly have to make a few [investments] in ultra-low temperature freezers. And we already have a lot of them. But we’re now looking to be have them where we need them.

Busch: We estimate that the entire project will end up with 200,000 pallets for 10 billion vaccine shots. So that’s our estimation, that the world will need 10 billion vaccine shots for the next two years. This is about 15,000 flights. The real challenges are starting when the vaccine shots are at the final destination. But the moment we drop the parcel — we have approximately 25 countries in the world with a population of about 2.5 billion people. There is already a proper logistics infrastructure in place [for those countries]. So that shouldn’t be any problem. But what about the rest, right? So there is a big gap where we don’t know, today, what happens once we drop the parcel. And this is something. To solve this issue, we need to team up with the governments and with the manufacturers.

Craig: And so what work needs to be done? Is it just a matter of getting the governments to cooperate? Is it funding for the infrastructure that needs to be put in place? Is it all of those things?

Busch: It is to have the discussions, to do a proper planning, to do a gap analysis on their side as well. And then to see how much money is needed to prepare this infrastructure. And, finally, where to get this money from. But that shouldn’t be an issue in the end, when everybody’s at the table.

Craig: So how long do you think it will take to get all the necessary infrastructure in place for that last mile of delivery? How much longer do you think you’ll need?

Busch: Honestly, I don’t know yet because we are in the middle of this analysis. I think, all hands on deck, everybody is needed to make that happen as soon as possible. If we estimate that there will be a vaccine in the beginning of the year, and, knock on wood, it’s going to be like that, then we should have, at least in the first quarter next year, the infrastructure in place.