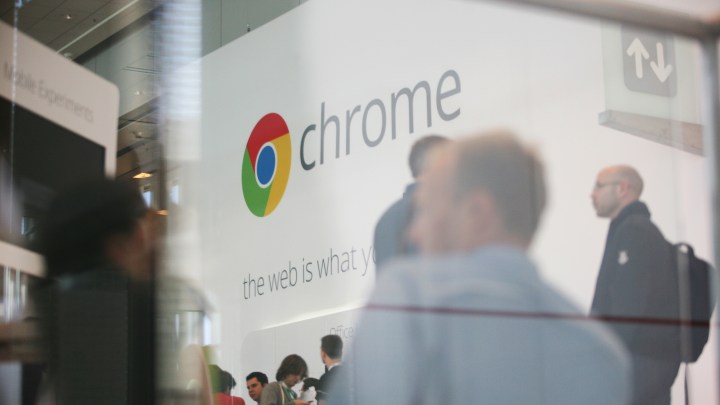 The Justice Department and state prosecutors are reportedly investigating Google for antitrust violations. And Politico reports that Google might be required to sell off its Chrome browser, among other parts of its business. Which got us wondering: What would Google be without Chrome?

Google created Chrome in 2008, back when most people used Microsoft Internet Explorer as their browser.

“Google’s real deep concern there was that Microsoft could cut them off,” said Mark Bergen, a reporter covering technology for Bloomberg.

It could create its own search engine — which it soon did, Bing — and make that the default.

“That would just sort of plummet Google traffic, because a lot of people just use the sort of default search that’s built into a web browser,” Bergen said.

“The browser is sort of the linchpin — the key to web power,” said Tim Wu, professor of law, science and technology at Columbia University and expert in antitrust law. The browser’s power is one argument for forcing Google to sell Chrome to another company, because that would weaken Google’s defenses against competitors.

“Google would no longer be able to control, for example, the default search engine on Chrome,” Wu said. “So if someone came along, maybe Microsoft, maybe DuckDuckGo, and said, ‘Hey, listen, we want to pay you more to be the search engine,’ here we go.”

Google does dominate the search engine market. People use the company’s name as a verb. But Wu says that could change.

“IBM used to be synonymous with the word computer,” he said. “History is long, and it was actually through antitrust action that there were challengers to IBM that emerged.”

Wu said another argument for making Google sell Chrome: Without a browser, it’d be harder for the company to collect as much data about what you do online.