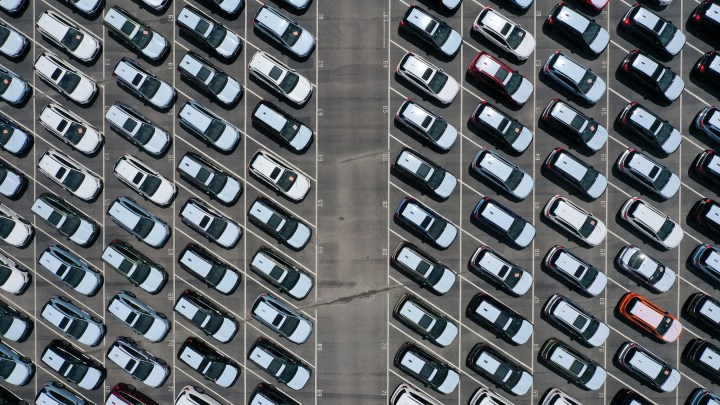 COPY
Even with the ban on new sales of gas-powered cars, it will take awhile to get them off the road. Justin Sullivan/Getty Images

Even with the ban on new sales of gas-powered cars, it will take awhile to get them off the road. Justin Sullivan/Getty Images
Listen Now

California is the largest consumer of motor gasoline in the nation, which is why it’s a big deal that Gov. Gavin Newsom just banned the sale of gas-powered cars starting in 2035.

It sends the auto industry a message, said Ethan Elkind, director of the Climate Program at UC Berkeley.

“If you want to do business in a major market like California in 15 years … you better get going,” he said.

“The industry believes that the next big thing is [electric vehicles],” said Sam Fiorani with AutoForecast Solutions. “The problem is the pricing on EVs is still expensive. It still takes a while to charge; charging infrastructure is building, but it’s still not everywhere we need it to be.”

And even with the ban on purchases, it’s going to take a long time to get all those gas-powered cars off California’s roads, said Giorgio Rizzoni, head of Ohio State University’s Center for Automotive Research.

“Cars have two or three lives. You buy a new car, then you sell it maybe five years later, and if it’s a good car, maybe it will go through two or three cycles of resale,” Rizzoni said.

But as the state continues to grapple with climate change, many Californians feel time is of the essence.