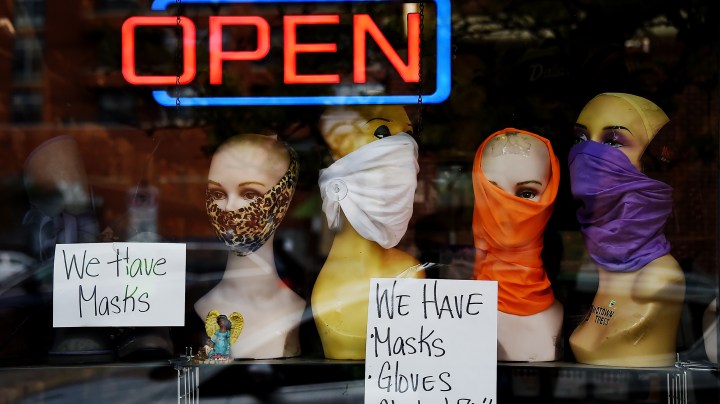 The federal government is cracking down on alleged fraud in the Paycheck Protection Program. The Justice Department recently filed nearly 60 charges involving what it says are attempts to bilk over $175 million out of the program.

Meanwhile, legitimate borrowers are working to get their loans forgiven.

Randy George, co-owner of Red Hen Baking Co. and Cafe in Vermont, said it’s discouraging to hear stories like that. But it isn’t surprising.

“I think the way it was carried out allowed for a lot of abuse,” George said.

The program rolled out quickly. George said that helped businesses like his. He took out a PPP loan back in April because he needed the money fast.

“It was like, we take this money or we face potential closure,” George said. “I don’t know what we would have done.”

When designing relief programs, governments face difficult choices, said Kathryn Judge, a professor at Columbia Law School. If a program has a rigorous application process, a business might make one mistake and not qualify for aid. Judge said the government decided to make PPP relatively easy.

“As a result, we might have a little bit of fraud,” Judge said. “But the more important aim is to get a lot of money into the hands of a lot of small businesses in a very short window of time. And they really succeeded in that regard.”

Now the government’s dilemma is whether to make it easy to get a PPP loan forgiven. One idea is automatically forgiving loans under $150,000, a provision of the Paycheck Protection Small Business Forgiveness Act that’s been introduced to the Senate.

Robert James II at Carver State Bank in Georgia said that would help the bank avoid collecting on risky loans.

“If the government makes it onerous and difficult for customers to get the loans forgiven, then we’re gonna really have a very unstable, potentially harmful asset on our books,” James said.

He said right now, the forgiveness process is rigorous. Borrowers have to come up with documents proving they spent the money on payroll, rent and other approved expenses. But James said he knows his customers.

“We’re very confident our customers did what they said they were going to do with the money, and so, we just don’t want to have to burden them further,” he said.

James said he’s advised his customers to hold off on applying for forgiveness until Congress weighs in.