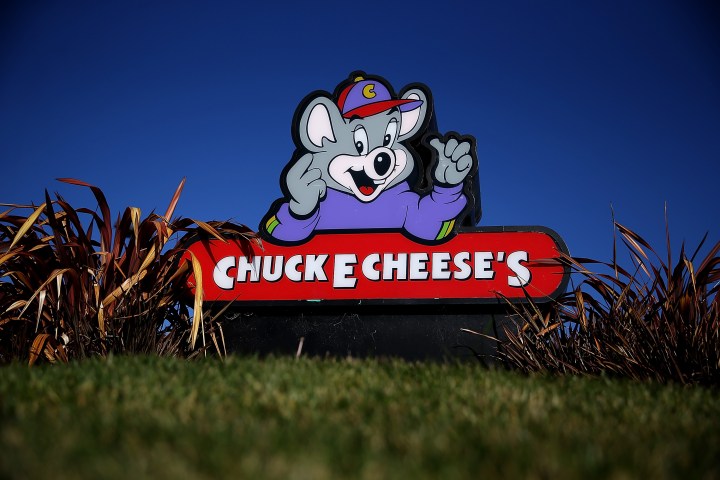 Proprietary Prize Tickets, bearing the Chuck E. Cheese trademark, act as a form of currency at the restaurant chain’s prize counters. But reduced use of them during the coronavirus pandemic has led to a massive buildup in the company’s supply chain and a plan to send 7 billion paper tickets to the shredder.

In a motion filed with a Texas bankruptcy court this week, Chuck E. Cheese’s parent company, CEC Entertainment, which filed for Chapter 11 bankruptcy protection earlier this year, asked the court’s permission to “arrange for the destruction” of “enough tickets to fill approximately 65 forty-foot cargo shipping containers.”

Leslie A. Pappas, who covers bankruptcy and corporate law for Bloomberg Industry Group, talked with Marketplace host “Kai Ryssdal” about what she dug up on Chuck E. Cheese’s prize ticket problem. The following is an edited transcript.

Kai Ryssdal: So how did it come to pass that there are however many truckloads or container loads of these tickets sitting in storage?

Leslie Pappas: Well, the tickets are used to redeem prizes, obviously, and Chuck E. Cheese needs them on a regular basis and before the pandemic ordered many of them from suppliers based on regular business, and then COVID-19 happened.

Ryssdal: Right. And they are, fundamentally, if you’re keeping Chuck E. Cheese’s books, these are basically money.

Pappas: Yeah, they’re money. I think they’re worth — retail value is a fraction of a penny.

Ryssdal: Right, but if I got my hands on all those truckloads and walked into my local Chuck E. Cheese, I’d be doing all right, right?

Pappas: Yeah, I found that the 7 billion tickets that they’re asking their suppliers to destroy, if you’ve redeem those, that’d be worth $9 million worth of prizes.

Ryssdal: Nine million dollars’ worth of Chuck E. Cheese prizes. I cannot even conceive. Why does the company need the bankruptcy court to do this thing that seems to make a lot of sense from a business perspective?

Pappas: Well, once the company has filed Chapter 11, they need to get the court’s permission for pretty much everything. I mean, they can’t just do what they want. They are now a “debtor in possession” and the money they spend is per a budget that’s been approved by the court. So what they’re actually asking to approve is not shredding of these tickets — there’s actually more tickets in their own backrooms that they need to destroy — but these 7 billion tickets, they are actually asking the court to approve settlements with these vendors at a cost of $2.3 million. If they had gone ahead and let the tickets go through the supply chain, they would have paid more, and then, of course, if the tickets had fallen into the public’s hands, they could redeem them for much more in prizes. So they have to go to the court to show them that, ‘Hey, this $2.3 million sounds like a lot, but really in the grand scheme of things, we’re saving money for the estate.

Ryssdal: Right. Spending money to save money for the remnants of Chuck E. Cheese. We should say, though, that there are some outfits that are still operating. So what does this say about the prospects, I guess, for Mr. Cheese and his company?

Pappas: Well, that I mean, the company is still looking to market itself. The bankruptcy certainly is not over. They’re marketing the company for sale. I mean, just because they’re getting rid of the tickets doesn’t mean the company’s necessarily going away. And by the way, they will continue to redeem tickets that are out there, and some of the franchisees will still be using paper tickets, but basically the pandemic prompted them to accelerate a plan that they sort of already had to phase these out and go to contactless e-tickets.

Ryssdal: Where does this rank on your weirdness scale of things that you’ve come across in bankruptcy filings, by the way?

Pappas: There’s a lot of weird stuff, but this is certainly one that a lot of other people are interested in, whereas normally most people don’t care about the weird stuff, I find.