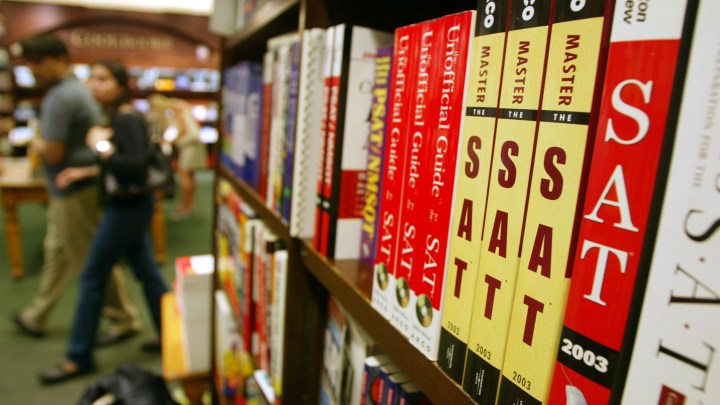 Last year, the UC system said standardized tests would be optional in the future. Mounting pressure around alleged cultural bias and the Varsity Blues bribery scandal led to that decision.

This week, a judge has ruled that the University of California cannot use the ACT or SAT standardized tests for admissions purposes because limited access to the tests now puts students with disabilities at a disadvantage. With that ruling, the University of California will have to drop the SAT and ACT requirement immediately. Many schools nationwide have already decided to ditch the tests.

“Truly, high school GPA is far and away the best predictor,” said Brian Troyer, Marquette University’s Dean of Undergraduate Admissions. His school went test free after finding the scores didn’t really say much about how well students would do in college.

Now COVID-19 is accelerating the move towards making tests optional. Many schools have at least temporarily suspended the use of the tests.

“We’re standing at a crossroads,” said David Hawkins, a spokesperson for the National Association for College Admission Counseling. “This COVID-19 disruption has short circuited the extensive discussions that many colleges have about going test optional.”

For years, advocates have argued that eliminating the standardized tests would help level the playing field for students who can’t afford hundreds of dollars for test prep tutoring.

David Gruenbaum coaches the college bound. He’s not too worried about his business — which is part of the billion dollar test-prep industry — taking a hit.

“What can they use to make decisions?” he said of admissions counselors. “Junior year — last year — was useless, the grades were completely worthless.”

So far, COVID has derailed students for two semesters, and standardized testing may not survive.