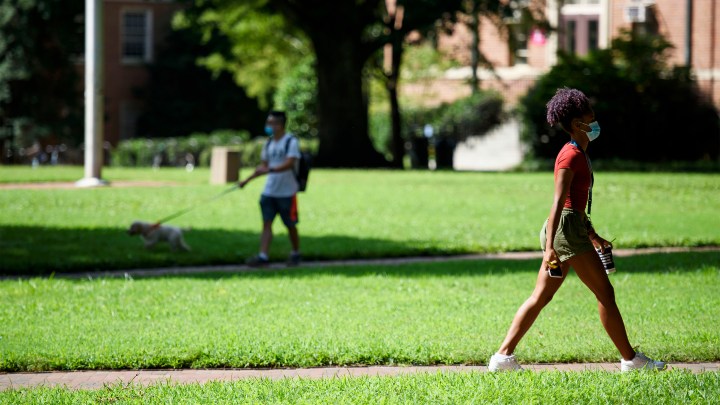 MacMurray College, a liberal-arts school with more than 500 students in central Illinois, survived the Civil War, the Great Depression and two world wars. But it could not survive COVID-19.

MacMurray was faltering before the pandemic. Enrollment was dropping, costs were rising and its $15 million endowment was too small to be of much help. MacMurray President Beverly Rodgers said the college initially had a survival plan that involved borrowing money.

“And we found out on a Thursday, that was when COVID had gotten serious, and the banks tightened up money and we found out they were not going to finance it, and on Friday we announced closure,” Rodgers said.

The small-college business model worked for more than a century, but lately, that model has been strained. Even before the pandemic, finances were tough at hundreds of colleges.

Now, small schools with names you might not know, with green quads and brick buildings, are closing.

In New York’s Finger Lakes region, Wells College officials said they would decide over the summer whether there would be a school for more than 400 students to come back to in the fall. President Jonathan Gibralter said in May that Wells could not get by on remote learning.

“If we don’t have room and board revenue, we won’t have enough revenue to operate the campus next year,” Gibralter said.

People who study higher education finance have been warning for years that a shakeout was coming for small colleges and universities.

Robert Zemsky is a professor at the University of Pennsylvania’s graduate school of education. Think of the flow of college students as a river, he said.

“At the moment, the river is flowing towards big, rich institutions and away from small, under-resourced institutions,” he said.

Zemsky and his colleagues estimate that 20% of America’s private liberal-arts colleges — about 200 or more institutions — are on the verge of going under. Among the contributing factors: a kind of financial-aid arms race where everybody gets a scholarship.

“Every institution essentially thinks if we give away a little bit of money, more students will come to us. So this has been going on for about 15 years. So what you have listed in the institution’s catalog is a price almost nobody pays,” Zemsky said.

Zemsky said at a typical small college, the average student only pays 40 to 45% of the sticker price.

Some colleges are trying a “tuition reset.” That’s when a college lowers the price to make it more appealing. It also doesn’t have to offer so much financial aid.

That’s what Wells College did. It cut its tuition by 25%, to $30,000. And that worked. In early July, the college announced better-than-expected enrollment. That, plus generous donations and a bridge loan, will allow Wells to reopen and bring students back to campus this fall.

Stephen Smith contributed to this report. APM Reports explores the fallout from COVID-19 on colleges and universities in its new documentary, Covid on Campus.