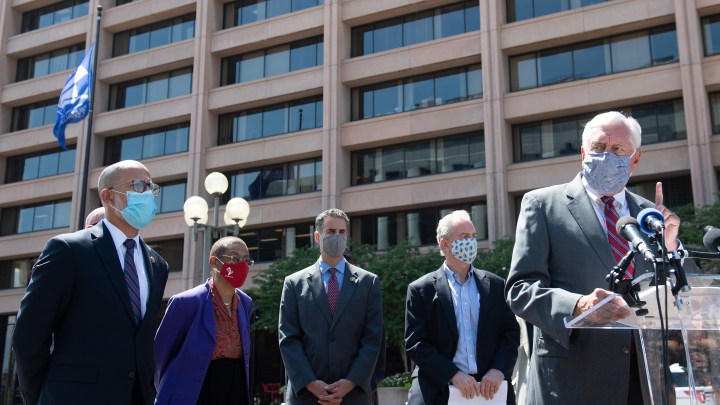 The head of the U.S. Postal Service has now switched gears and will pause the cost-cutting and restructuring at the post office until after the November election.

A question arises: Why didn’t Congress anticipate the need to support voting by mail as the COVID-19 pandemic hit hard during the primaries? Stan Veuger, a resident scholar at the American Enterprise Institute, has been studying this well before it became a flashpoint this summer. The following is an edited transcript of his conversation with “Marketplace Morning Report” host David Brancaccio.

David Brancaccio: Congress could have ponied up some money [during the primaries]. Would it have cost, in federal budget terms, a fortune to provide the money needed to keep the vote-by-mail system running smoothly?

Stan Veuger: Well, so there’s two, I think, separate issues here. One is the sort of finances of USPS, of the postal service, which are not in great shape, in large part just because people have obviously stopped using mail as much as they did up to the year 2000 or so. And I think the funding for vote by mail is a different issue there. I think the numbers that people are looking at, that people have estimated the states would need, is in the single-digit billions. And that’s just, really, by the standards of the bills we’ve seen this year, it’s almost a de minimis amount. And I think that kind of money Congress should certainly provide now just because of how important it is to to make sure the the elections proceed as well as they can under current public health circumstances.

Brancaccio: Yeah, and look at states right now fighting the pandemic. Not a lot of extra money to go around, and yet some state money would be indicated here to make the mail-in-voting system work more smoothly this time around.

Veuger: Exactly. There’s a ton of pressure currently on state and local budgets, right, both because revenue has gone down significantly in a lot of places, but also just because there are new spending needs, there are spending needs because people have lost their jobs, because businesses are struggling, because there are all kinds of new health expenditures that no one expected. And it’s just difficult, I think, for state and local policymakers to say no to demands like that, and instead allocate money and money to electoral processes that, you don’t know in advance how bad it’s going to be. And, meanwhile, you have people who are just struggling on a day-to-day basis.

And so that’s why I think it’s also particularly important for Congress to step in and say, “Look here are funds that are specifically earmarked for the election process. It’s a federal affair, to some extent, and so, you know, we’re gonna give you this money to secure the election.”