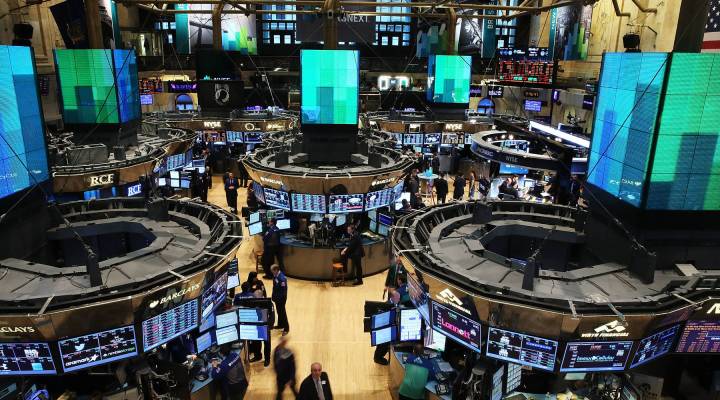 Wall Street clawed back the last of the historic, frenzied losses unleashed by the new coronavirus, as the S&P 500 closed at an all-time high Tuesday.

The day’s move was a relatively mild one, nudging the index up 7.79 points, or 0.2%, to 3,389.78. That eclipses the S&P 500′s previous record closing high of 3,386.15, which was set Feb. 19, before the pandemic shut down businesses around the world and knocked economies into their worst recessions in decades.

The stock market’s sprint back to an all-time high also means that the gut-wrenching, nearly 34% plunge for the S&P 500 from Feb. 19 through March 23 was the quickest bear market on record. It lasted barely more than a month. Compare that with the 19.6 months that it’s taken the average bear market to bottom out, according to S&P Dow Jones Indices.

Tremendous amounts of aid from the Federal Reserve and Congress helped launch the rally, which built higher on signs of budding growth in the economy. More recently, corporate profit reports that weren’t as bad as expected have helped boost stock prices.

The market spent the past few days within striking distance of a new high, but falling short of the milestone, until the last minutes of trading Tuesday.

The lightning recovery is even more remarkable considering how much the economy is still struggling and how uncertain the path ahead remains. Millions of Americans are continuing to get unemployment benefits, and businesses across the country are still shutting their doors. COVID-19 continues to seep throughout the world, with more than 5.4 million known cases and 170,000 deaths in the United States alone.

Many investors acknowledge the disconnect between the stock market and the broader economy, but they say the rally has been built on top of several supports.

Key among them is that the Federal Reserve and Congress have plowed trillions of dollars into the economy, to keep it from plunging even more deeply and to prevent a full-blown financial crisis. Their unprecedented moves helped halt the S&P 500’s free-fall in March.