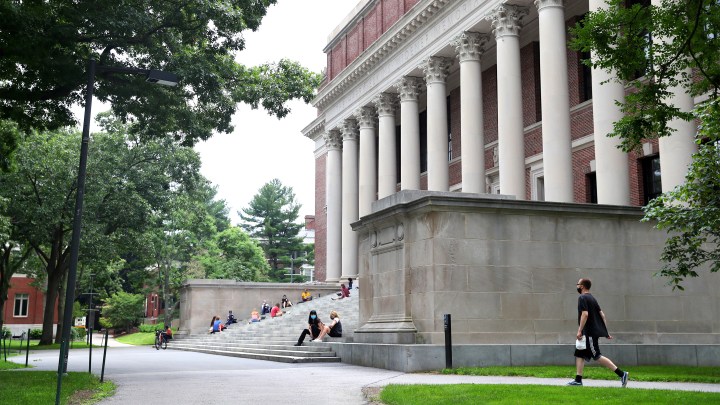 The fall semester starts Aug. 26 at the University of Texas at Austin. And while there will be limits on the number of students living in dorms and learning in classrooms, businesses that depend on the spending power of students are eagerly anticipating even a partial return to normalcy.

When the coronavirus became a crisis in March, UT sent everyone home.

The school said classes in the fall will be limited to 40% capacity and most students will have the option to take all their classes online.

“I still feel like I am totally in the dark about what my semester is gonna be like ultimately,” said Emma Hansen, a senior studying chemical engineering.

She said she’ll only go to class when she absolutely has to, which isn’t what businesses on campus want to hear.

Jennifer Hillhouse owns a spot that’s well known to students on campus, Jenn’s Copies and Binding on Guadalupe Street, a main thoroughfare that everybody calls “the drag.”

“It has been a very scary summer for everybody on the drag,” Hillhouse said. “First it was when South by Southwest canceled. And it was like, deep breath, OK. And then when UT closed, it was just like, well, crap.”

The bread and butter at Jenn’s is those big binders of class reading material professors call course packets.

But students taking intro to philosophy online from Dallas or Houston aren’t going to be walking through Jenn’s print shop doors to pick up those packets.

Just two doors south of Jenn’s on Guadalupe, Muhammad Imran was upgrading a laptop and speaking with customers through a black face mask.

He owns Sam Computers, an electronics repair shop. He needs students to return.

“We’re not even able to make rent, and actually I’m paying from my pocket,” Imran said. “I’m seriously thinking about what’s going to happen next.”

Journalism senior Joe Levin knows what’s next for him. This fall semester he’s taking all of his classes online, which means his back-to-school shopping list isn’t what it used to be.

“I was talking with my roommate the other day trying to figure out what all we needed,” Levin said. “And I said we need a printer, and he said ‘Why? We aren’t going to print anything.’”

As an online student, or one attending “Zoom school” as he calls it, he’ll just email his assignments. There’s no need for hard copies.

Those are ominous words for Jenn’s on “the drag.” But owner Jennifer Hillhouse is hoping that students will need a print shop again, someday.

“You know, our hope is that our core business stays,” she said.

In the meantime she’s doing all she can to move more of her business online in case this is the new normal. 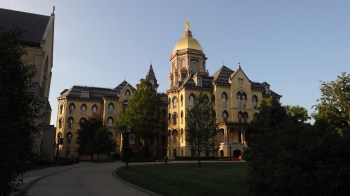