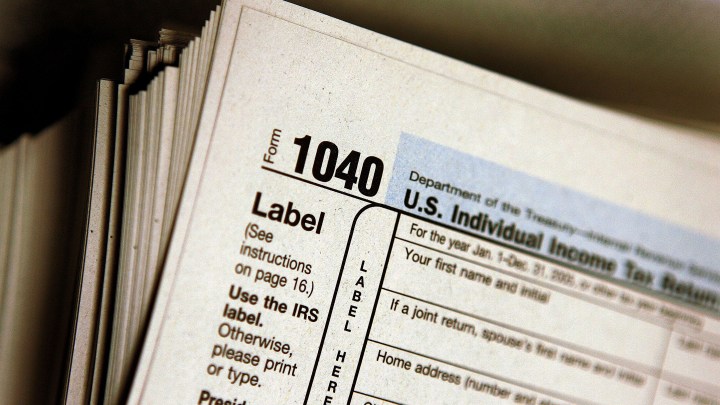 COPY
The tax season is far from over, too. Some are applying for the Oct. 15 extension. Tim Boyle/Getty Images
COVID-19

The tax season is far from over, too. Some are applying for the Oct. 15 extension. Tim Boyle/Getty Images
Listen Now

Wednesday is the deadline for individuals and corporations to file their taxes. The IRS extended the deadline because of COVID-19. But those extra three months have kept accountants and financial planners pretty busy.

The extended tax deadline came as a big relief for accountant Lorilyn Wilson.

She said it gave her more bandwidth to concentrate on other issues, like helping clients apply for Paycheck Protection Program loans.

“Being able to tell our business clients, who we also do their taxes for, ‘Hey, look, we’re just going to focus on this PPP stuff, and we’ll worry about your tax stuff in a couple months,'” Wilson said.

And many people have been more concerned with their health or their jobs instead of all the tax paperwork they have to sort out.

“We’ve had to do more handholding, rightfully so, and really help them focus and walk them through what’s needed to be done for the tax return,” said Phil McCollum, tax partner at the accounting firm Henry+Horne.

The tax season is far from over, too. Accountant Brian Streig said he’s spent the last two weeks preparing extensions, which are due on Oct. 15.

In that time, Streig and other accountants say they’ll have a lot more on their plates — such as helping clients apply for PPP loan forgiveness.