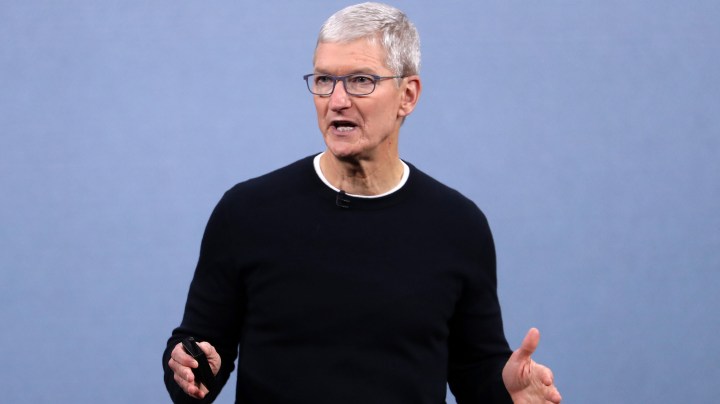 COPY
Apple’s European operations are based in Ireland, where the corporate tax rate is a lot lower than in many other European countries. Justin Sullivan/Getty Images

Apple’s European operations are based in Ireland, where the corporate tax rate is a lot lower than in many other European countries. Justin Sullivan/Getty Images
Listen Now

How much tax does Apple need to pay in Europe, and was it given special treatment?

That was the question at the center of a major battle at the European Union’s second-highest court. And Apple just won that case.

Marketplace’s Nova Safo has the details. The following is an edited transcript of his conversation with Marketplace’s Andy Uhler.

Nova Safo: The European Union had levied that tax four years ago, and Apple has been fighting the case ever since. This is an issue that gets at the heart of how the digital economy and global multinationals are taxed.

Apple’s European operations — along with more than a thousand other multinationals — are based in Ireland, where the corporate tax rate is a lot lower than many other European countries, and lower than here in the U.S.

The EU accused Apple of getting even more special treatment in Ireland and avoiding paying its fair share of taxes. But the EU’s General Court ruled that regulators did not meet the legal standard to prove their accusation, so Apple doesn’t have to pay.

Ireland was put in the strange position of arguing that it doesn’t deserve the $15 billion in back taxes.

“The principle that was at stake here, which is the fair treatment of all taxpayers. It’s a principle that is so big, it is bigger than any individual payment that we may or may not receive from any company.”

The ruling could still be appealed to the bloc’s highest court. The EU put out a statement saying they’ll consider next steps.

Uhler: Why is the EU so determined to go after Apple and Ireland in this case?

Safo: Because this is bigger than Apple, if anything can be.

And it is political in the sense that there is a tug of war going on between the U.S. and Europe over how to tax multinational companies — especially digital companies — that can pick and choose where they locate themselves for tax advantages. This is a central question. There have been negotiations between the two sides to come to agreement to tax multinationals where they make their profits, but those talks broke down last month.

Apple released a statement saying it’s happy with today’s ruling, and added that this question of how to split taxes “between different countries requires a global solution.”