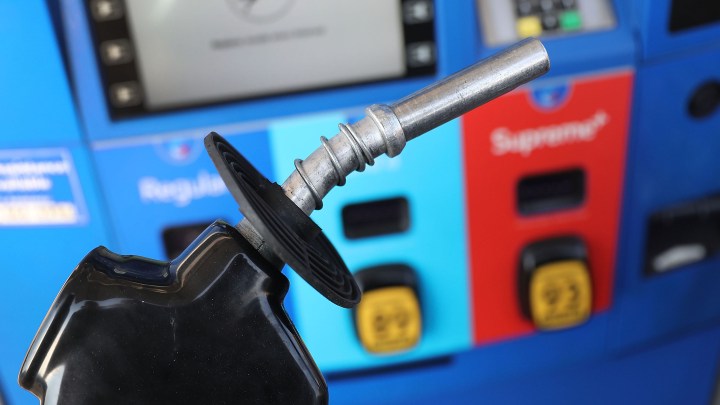 COPY
Inflation isn't entirely dead. Where it matters most, in the cost of food and the cost of energy, prices are going up. Joe Raedle/Getty Images

Inflation isn't entirely dead. Where it matters most, in the cost of food and the cost of energy, prices are going up. Joe Raedle/Getty Images
Listen Now

U.S. consumer prices increased 0.6% in June, after three months of declines, with a big jump in gasoline prices accounting for over half of the gain. The Labor Department reported Tuesday that the increase in the consumer price index followed declines of 0.4% in March, 0.8% in April and 0.1% in May, as the hit to demand caused by the widespread shutdowns of the economy kept a lid on prices.

The June report showed that energy prices jumped 5.1% with gasoline costs surging 12.3%. However, even with that gain gasoline pump prices are 23.4% below where they were a year ago.

The food index also rose in June, increasing 0.6 percent as the index for food at home continued to rise.

Jeffrey Cleveland, chief economist at Payden & Rygel, broke down the numbers with “Marketplace Morning Report” host David Brancaccio. The following is an edited transcript of their conversation.

David Brancaccio: All right, so inflation is not dead. At least this month. You see it in the grocery store, don’t you?

Jeffrey Cleveland: You do. We are looking in particular at the food at home index. It increased 5.6% over the last 12 months, through June, which is the largest 12-month increase in about nine years, since 2011. We could break that down further for you, if you would like, if your palate desires. Meat, poultry, fish and eggs portion of that food at home index clocking in at +12.7% year-over-year in June. That is the largest increase that I see on this chart, dating back to the late 1970s. So, while central bankers will tell you that inflation is low, looking at the food and energy core indices, I can tell you that, where it matters most, for my pocketbook, I am seeing price increases.

Brancaccio: I know, and it confirms what we see when we go in there. A lot of this is coronavirus disruptions, right? At the meatpacking plants and general shortages?

Cleveland: Sure, so some of this may work itself out over the course of the year, as we work through some of the bottlenecks, as production comes back online, etc. But, for now, it, I think, is taking an extra bite out of peoples’ paychecks.