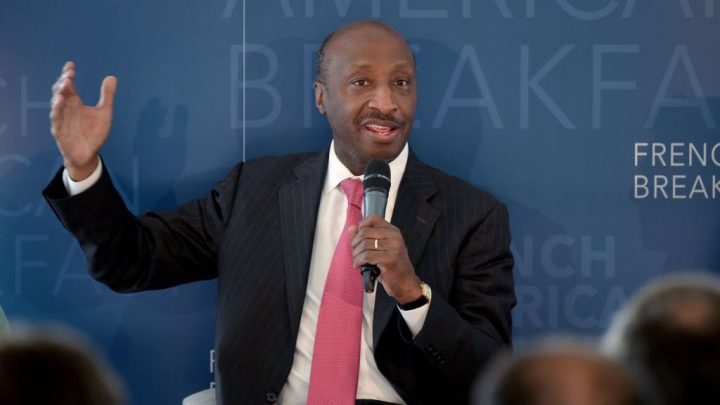 There’s a reckoning afoot in the corporate world, it would seem. From BlackRock to General Motors, many companies have publicly committed to diversifying their ranks. And there’s plenty of room to grow. African Americans are underrepresented in upper levels of management, and there are currently only five Black CEOs running Fortune 500 companies (and no Black women). But will those declarations lead to change?

The answer may depend on accountability and vigilance of those companies. Marketplace host Kai Ryssdal spoke to NYU journalism professor Pamela Newkirk, author of Diversity Inc.: The Failed Promise of a Billion-Dollar Industry. The following is an edited transcript of their conversation.

Kai Ryssdal: When we had you on last time, it was for your book, obviously. And we talked about diversity initiatives at companies and, and how, honestly, they weren’t so successful. And companies, most of them were trying putting money in, it wasn’t working. I wonder if you think this moment might change that?

Pamela Newkirk: Well, it’s certainly a moment pregnant with so much possibility, now that so many of these corporations and leaders in the arts and, you know, across all of these segments are now acknowledging that Black lives matter. They need to express that in the ways in which they’ve marginalized and ignored a whole, wide swath of African Americans in just about every field.

Ryssdal: What are you going to be looking for, to know that this time is different, to coin a phrase? I mean, because it has to be more than just numbers of Black people and indigenous people and people of color in the pipeline, right?

Newkirk: Right. And so what we need to look at are kind of transparent metrics or at least companies and institutions need to look, do audits of their own demographics and look across job categories, across salaries to, to kind of detect patterns of inequality, of bias, that have metastasized in unequal pay, unequal opportunity, unequal promotions; the ways in which people are even kind of wooed to come to companies. Are African Americans even included in the searches? Are they included in the candidate pools? So once institutions begin to interrogate their own practices, you know, diversity or inequality or racial injustice is not an abstraction. It’s something that needs to be rooted out within these institutions where people of color and African Americans in particular have continued to be excluded.

Ryssdal: So I was having a conversation with our Washington correspondent, Kimberly Adams, the other day about a Twitter thread that she had done, the point of which was if institutional racism and systemic economic racism in this country had been treated the way the Me Too movement has been treated, with employees and people on the inside actually holding companies accountable and responsible, things might be different this time.

Newkirk: Exactly. You know, this whole idea of diversity, and what we’re really talking about is just racial justice, racial equality, you know, equality, it requires leadership. It requires intention, and it requires accountability. The strategies are there. All you need is the will and the vigilance, so that we don’t see the kind of backsliding that we often see whenever there’s been African American progress, whether it was after Reconstruction, which was followed with, you know, a virulent backlash to the progress African Americans had made. And, you know, then we saw the epidemic of lynchings and “black codes” and all of the ways in which African American progress was stymied. And then we saw a different kind of backlash following the progress that was made, after all the civil rights legislation. And so, you know, it’s been this dance, right, of, you know, three steps forward, four steps back, and that has been the pattern of African American advancement in American life. And so, hopefully this time it will stick and it will be more systemic than it’s been in the past.