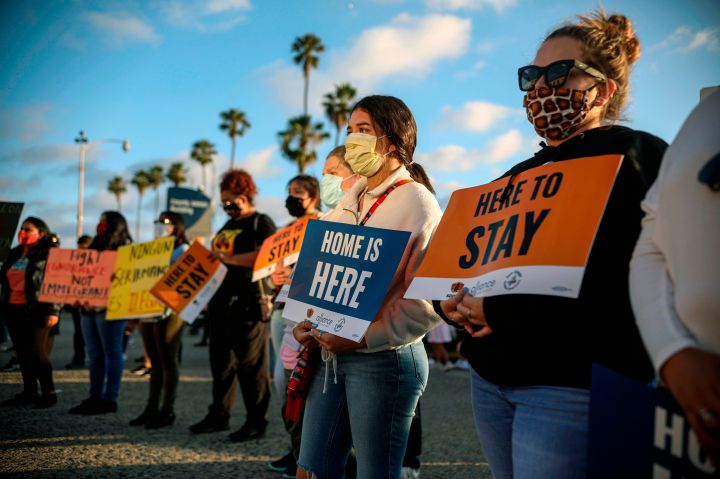 The implications are still rippling through immigrant communities and workplaces Friday from the Supreme Court’s 5-4 decision on Thursday to uphold the Deferred Action for Childhood Arrivals program, or DACA. That’s the Obama-era program — which the Trump administration tried to cancel — that shields undocumented immigrants who were brought here as children from deportation, and also gives them legal authorization to work.

So, what does this mean for workers with DACA protections, and their employers?

Hugo Nicholas’ parents brought him to the U.S. from Mexico when he was 11. He landed a scholarship to attend the University of Oregon, and got approved for DACA.

But, when President Donald Trump announced he was cancelling the program in 2017 Nicholas quit school.

“Because if they removed DACA protections from me, then I want to make sure that at least I have money available if I need to go back home,” Nicholas said.

He took a job at a bank, but he still hasn’t finished his college degree. With Thursday’s Supreme Court decision, Nicholas is less worried about losing his job in Tacoma and being deported.

But, DACA recipients still have to renew their work authorization every two years. Maria Echaveste at the Opportunity Institute said that makes it hard for workers to plan a career.

“I think for employers it raises that same question — do I invest in this person?” Echaveste said.

She said that if the Trump administration tries to eliminate DACA again, it’ll introduce more uncertainty into the employer-employee relationship.