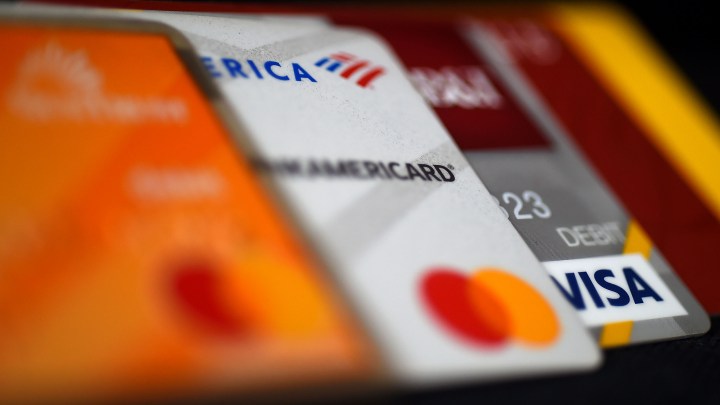 COPY
In the long run, it might be better for customers' financial health to pay off credit debt instead of deferring those payments. Olivier Douliery/AFP via Getty Images
COVID-19

In the long run, it might be better for customers' financial health to pay off credit debt instead of deferring those payments. Olivier Douliery/AFP via Getty Images
Listen Now

With the pandemic, many credit card companies had set up ways for customers to defer paying what they would normally owe. Now, Discover says the amount of payments being deferred dropped 90% from April until early June — a sign that some distress may be easing.

If fewer people are deferring their credit card bills, they’re probably better able to pay them off, said Andrew Davidson at Comperemedia.

In the long run, Davidson said, it might be better for customers’ financial health to pay off that credit debt instead of deferring payments for longer.

“In most instances, interest still accrues, and so consumers are effectively kicking the can down the road,” he said.

Davidson said it’s also welcome news for the credit card companies when customers come off those deferral plans. That’s because banks don’t have to set aside as much cash in case people default.

And, he said, banks can now point out they were willing to cut customers some slack in a time of need.