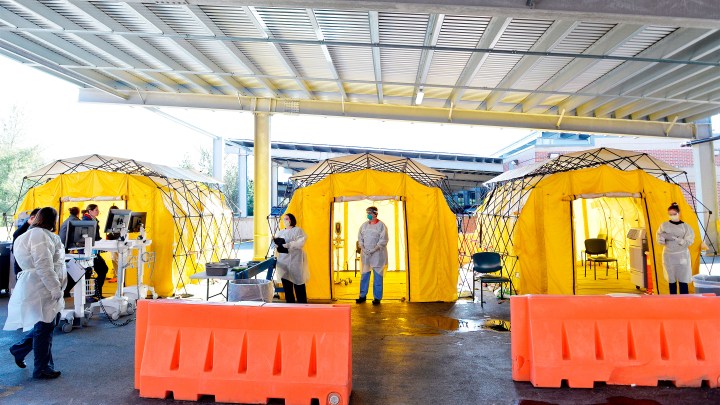 COPY
Virus testing tents set up in the garage of Newton-Wellesley Hospital in Massachusetts. Joseph Prezioso/AFP via Getty Images

Virus testing tents set up in the garage of Newton-Wellesley Hospital in Massachusetts. Joseph Prezioso/AFP via Getty Images
Listen Now

When the phrase “disaster relief” is invoked, it often refers to events like hurricanes, wildfires and floods.

The latter is where COVID-19 comes in. He said the official federal definition of an emergency in the Stafford Act of 1988 is even broader:

“Any occasion or instance for which Federal assistance is needed to supplement state and local efforts and capabilities to save lives and to protect property and public health and safety.“

“So there are a whole bunch of different pots of money kind of opened up depending on who is doing the declaration and what the actual cause of declaration is,” Martin said.

“It’s not necessarily like there’s just a big government chest of money that anyone can ask for money at any time,” said Samuel Rosen, a finance professor at Temple University. “There are these designated programs that can be expanded to fit a growing need. Or they can create new programs like the Paycheck Protection Program to address a particular issue. But those require acts of Congress to actually create and appropriate the funds.”

And they’re paid for with federal tax dollars or through the government taking on more debt.

Texas Gov. Greg Abbott issued his own disaster declaration after protests over the death of George Floyd. That declaration allows federal law-enforcement officers jurisdiction in the state. Abbott and President Donald Trump are political allies, which matters.

“National political influences could influence the governor’s request,” said Eric Tate, associate professor at the University of Iowa. “What if there’s some differences in party affiliation or if it’s an election year?”

Tate said it’s tough to tease out exactly how much political influence plays out in disaster relief allocation, but it’s certainly not an apolitical process. 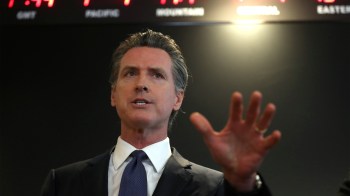 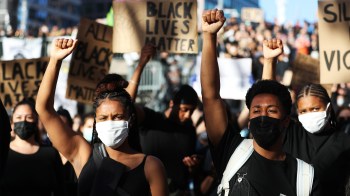